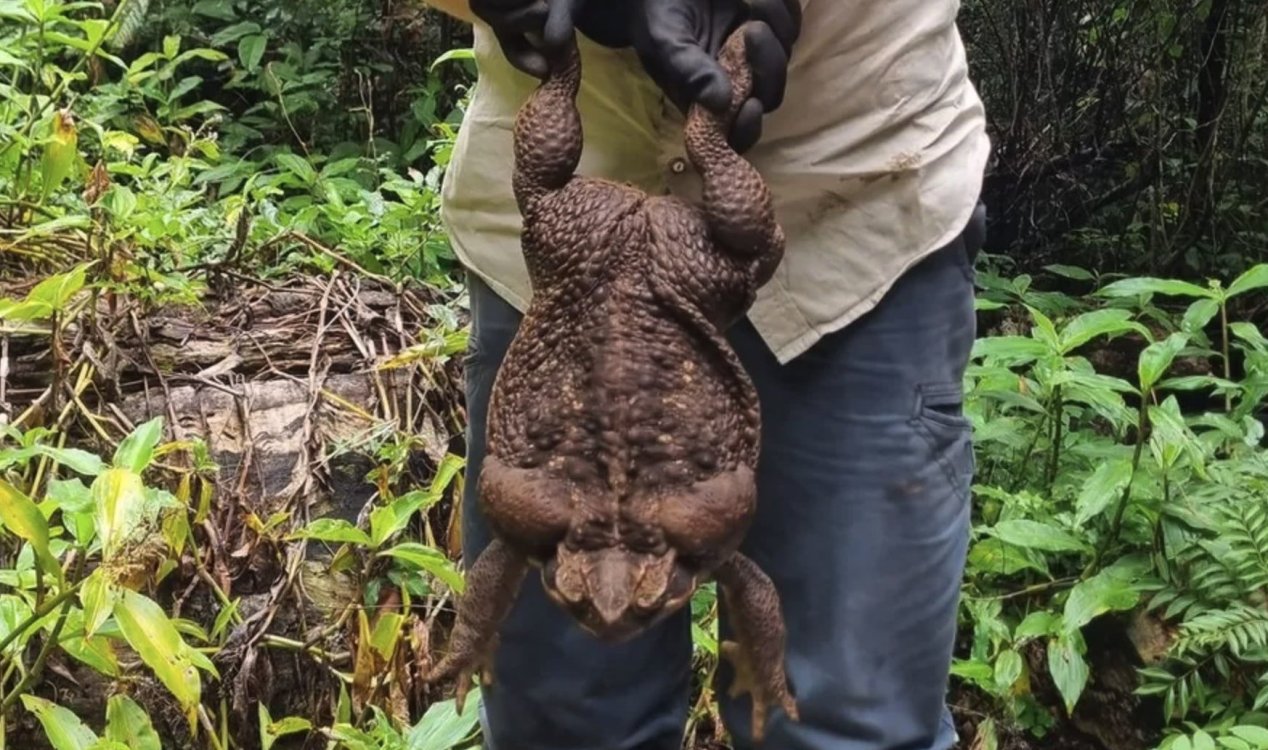 This is one big toad... Image Credit: Queensland Department of Environment and Science
Wildlife officials in Australia have confirmed that this gargantuan cane toad is very much the real deal.
Weighing in at an outrageous 2.7kg - six times larger than the average cane toad - this monster amphibian was spotted by park ranger Kylee Gray who had been out on patrol in Queensland.

"I've never seen anything so big," she said.

"[It looked] almost like a football with legs. We dubbed it Toadzilla."Toads are not native to Australia but were introduced into the country back in 1935. They have since become a prolific nuisance and are now thought to number in the hundreds of millions.

They also have no natural predators, enabling them to grow to very large sizes.

Even by giant cane toad standards, however, this particular specimen is an absolute beast, easily exceeding the previous record holder - a 2.65kg toad that was kept as a pet in Sweden.

"A cane toad that size will eat anything it can fit into its mouth," said Gray.

#2 Posted by DieChecker 15 days ago

Cute little fella. I saw a giant bullfrog on the side of the road once. The bullfrogs around here can get to to 20 cm and about 2.2 kg (1 pound).

Introduced cane toads are killing off many native species over here, we take no prisoners .

#5 Posted by Abramelin 14 days ago

I know , but they coulda kept it as a pet , or mascot or something.

I let a huge Eastern brown snake go because he was a magnificent specimen and he came back and killed my best terrier, I kill ever one I can now on my property

They are popular taxidermist items.

Cane Toads are a massive pest in Australia.  They're an introduced species that is very dangerous to the native wildlife.  You can however lick cane toads to get high.

There's a win for the Cane toad.