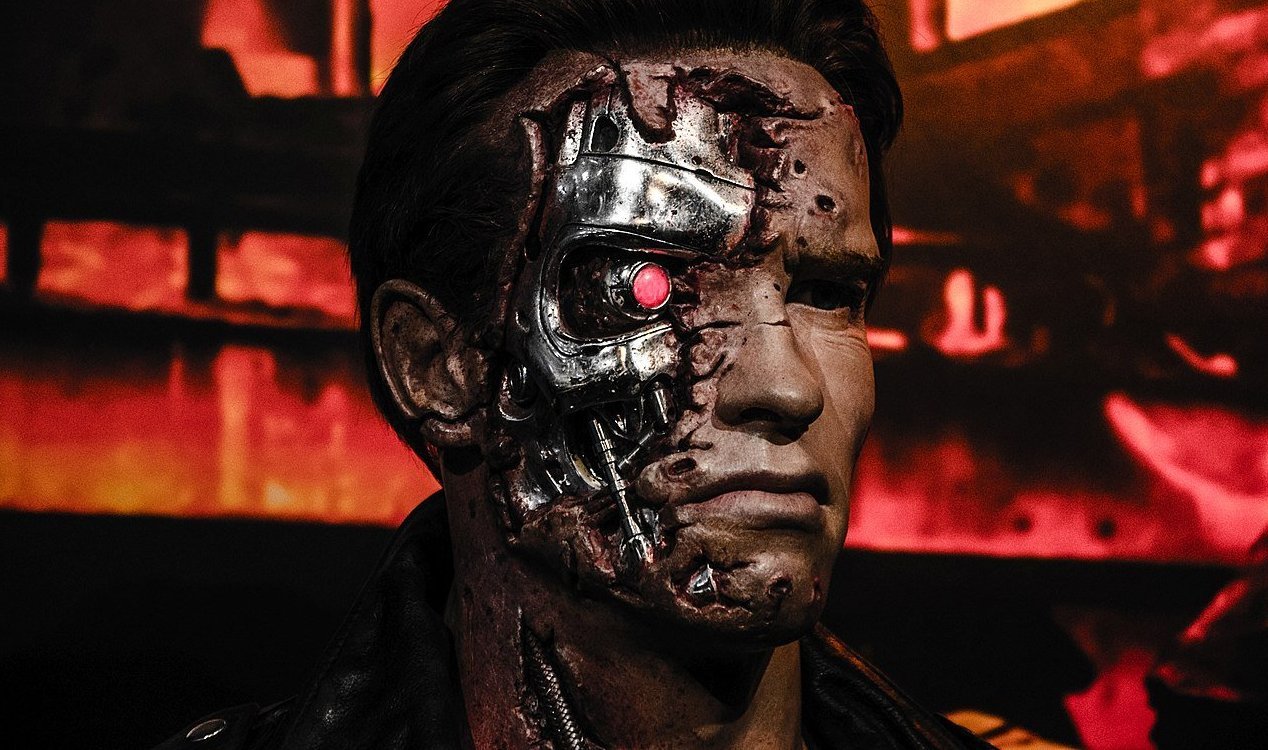 The Terminator is a famous example of an autonomous killing machine. Image Credit: CC BY-SA 2.0 Daniel Jurena
Boston Dynamics has joined several other prominent robotics firms in promising not to weaponize its creations.
When you see footage of increasingly advanced robots walking, running and even jumping just like a human, it's not difficult to imagine future battlefields dominated by agile, intelligent and heavily armed robotic soldiers or autonomous weapons platforms capable of taking out targets with ease.

Many science fiction movies, such as The Terminator, depict this idea in devastating detail, leading some to question the wisdom of developing technology that could one day lead us down a similar path.

Now, though, leading robotics firm Boston Dynamics has joined a number of other robotics companies in signing an open letter committing to never allowing its creations to be armed with weapons.

The move is likely to have been at least partially influenced by the release of footage showing a Russian inventor attempting to strap a submachine gun onto the back of a robotic dog.

"We pledge that we will not weaponize our advanced-mobility general-purpose robots or the software we develop that enables advanced robotics and we will not support others to do so," the letter states."We believe that adding weapons to robots that are remotely or autonomously operated, widely available to the public, and capable of navigating to previously inaccessible locations where people live and work, raises new risks of harm and serious ethical issues."

While the pledge is certainly encouraging, it doesn't stop third parties from adapting robots or writing new software to enable them to carry or shoot weapons.

That said, it is likely that there will be a considerable increase in efforts by international bodies such as the United Nations to make it illegal to build or use weaponized robots - especially autonomous ones - for any purpose, in the years to come.

The last thing we want is for something like the T-800 to become a reality...

What will autonomous killer robots mean for the future of warfare ?
1-10-2023

Next story >>
Did intelligent aliens visit and guide the ancient Mesopotamians ?
Recent comments on this story

#1 Posted by Stiff 4 months ago

Damn! I really wanted one.

#2 Posted by Tatetopa 4 months ago

Its already a little late for that isn't it?

#3 Posted by Buzz_Light_Year 4 months ago

Their commitment will be as effective as the UN is in whatever it is they're supposed to do.

#4 Posted by pallidin 4 months ago

There is absolutely nothing to stop a robot owner from weaponizing it themselves. The reason I say this is that I can easily weaponize my DJI drones.

#5 Posted by qxcontinuum 4 months ago

This must be a little joke right?  Boston's dynamics best dog robot was designed purposely for US military and tested by us military .  This must be like one of those things happening in Corporate America where you can drop nuclear bombs at free will then you're asking other countries not to be what you've become...  I am so sick and tired of bs

#6 Posted by Stiff 4 months ago

And what happens when certain countries decide not to abide by those rules? We're back to that old "We need them because they have them" argument. A bit like WMD's

#7 Posted by silentsinger 4 months ago

"When" is the correct word, because it will happen 100% for sure, and this is not a good area to be lacking behind i think. I wish it was not so, but looking at the world today, i think its impossible to avoid.

If you've ever played Fallout 4 which takes place in post-apocalyptic Boston there is a location called General Dynamics which manufacturers weaponized robots for military purposes. I'm sure the similarly is a coincidence.

Britain is only G7 economy in Europe wit...
United States and the Americas