Have we been wrong about mummification all along ? 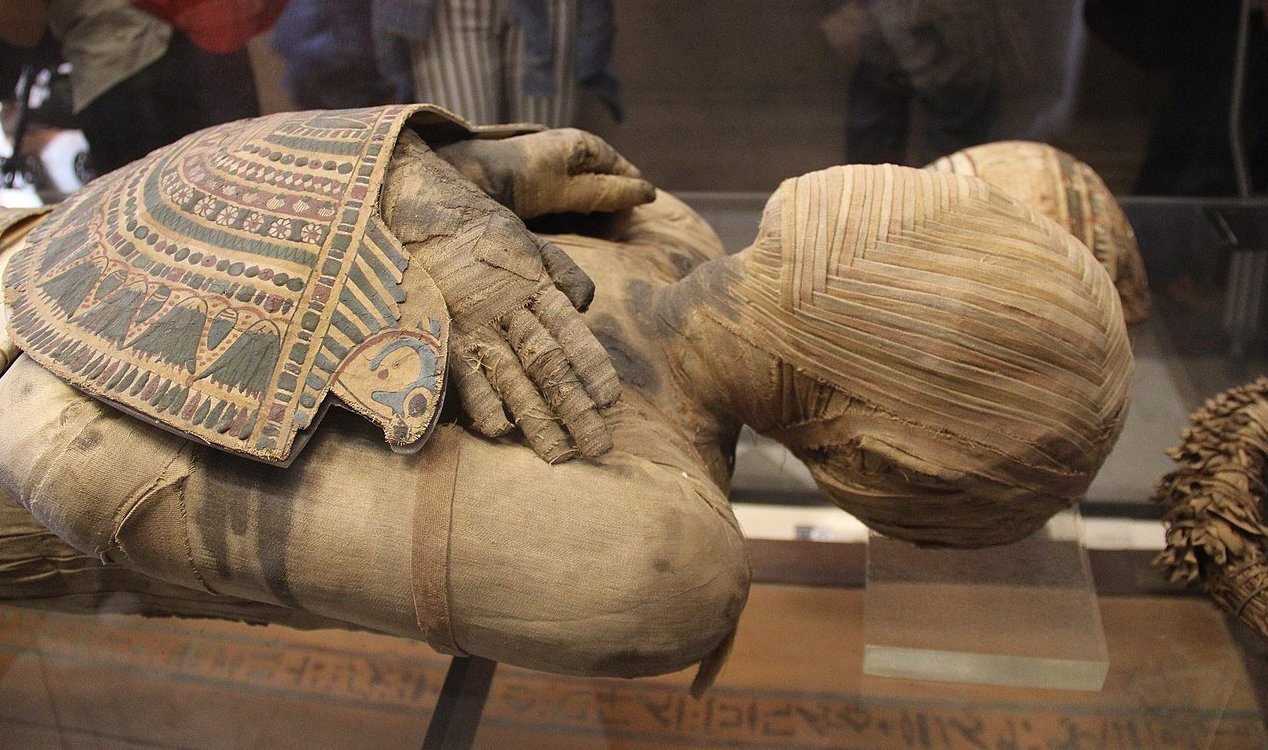 Could mummification have served a different purpose ? Image Credit: PD - Gary Todd
Some experts now believe that Egyptian mummification may have had nothing to do with preserving bodies.
For the longest time, archaeologists had subscribed to the idea that the ancient Egyptians mummified the bodies of the deceased as a way to preserve them, but now a new theory has been gaining traction which suggests that preservation was merely a side-effect of this process and that the real reason the Egyptians mummified their dead was something else entirely.

This revised theory puts forward the idea that the Egyptians had seen their kings and queens as living gods and that turning them into statues (via mummification) after death would restore them.

The incredible golden masks found on some mummies would have been intended as idealized depictions of their godlike selves, not portraits of the deceased as is commonly believed.

"It's a subtle distinction, but it's an important one," said museum curator Campbell Price."This idea that the spirit returns to the body, or in some sense animates the body, is not as explicitly articulated as you might imagine."

The original idea that mummification was a preservation technique, it has been argued, may have originated with early Egyptologists based on a misunderstanding of the evidence.

That said, not everyone is convinced that this revised theory is accurate.

"The physical preservation of the body was extremely important," said archaeologist Stephen Buckley from the University of York. "There's no question of that,"

Next story >>
Has the face of Jack the Ripper finally been revealed ?
Recent comments on this story

#1 Posted by Oniomancer 2 months ago

What's this? A cherished ideal of Egyptology being overturned by modern science? And made more esoterically religeous?

#2 Posted by Wepwawet 2 months ago

It's certainly a popular misconception that the Egyptians preserved their dead just because it was their practice, or that their beliefs meant that they needed an intact body left behind in the realm of the living or they would have a damaged existance, or no existance in the realm of the dead. The article has the crucial word "purity", for this is what is going on with mummification. For the Egyptians death was a form of murder, the cause of death being Set, even if you were run over by a chariot or died of a heart attack. So death was an "unclean" evil act that had to be made pure. Mummy is ... [More]