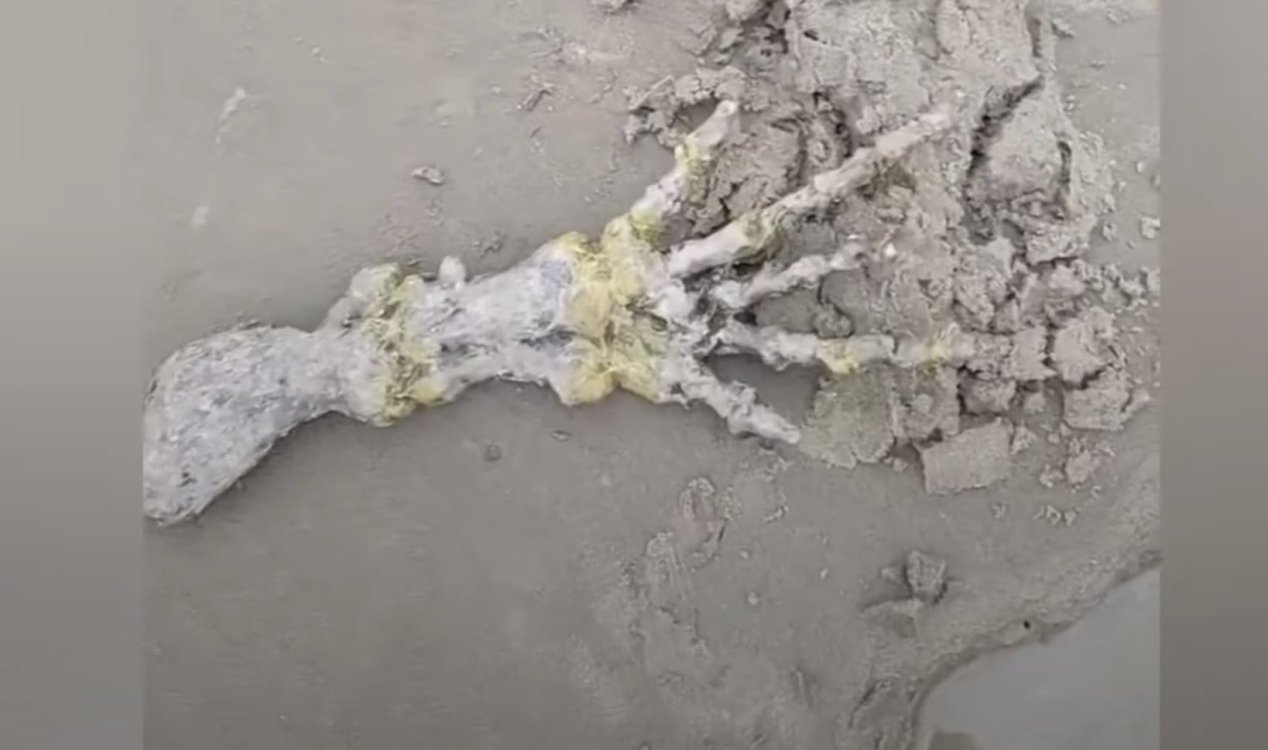 What exactly is this thing ? Image Credit: Leticia Gomes Santiago
Sporting five finger-like appendages, the 'hand' was found washed up along the shoreline on a beach in Brazil.
First spotted by Leticia Gomes Santiago and her boyfriend Devanir Souza, the peculiar object, which they initially described as being 'like ET's hand', quickly went viral on social media.

"We think it is not human because of the size and amount of bones," said Santiago.

"What could it possibly be?"At a glance, it's not difficult to see how the 'ET' comparison arose - the object does indeed resemble the long, slender fingers of the titular alien from Steven Spielberg's 1982 sci-fi classic.

Far from being the dismembered appendage of an extraterrestrial visitor, however, this unusual looking object is likely to have originated a lot closer to home.

According to marine biologist Eric Comin, the object likely came from some form of cetacean - a group of seaborne mammals that include dolphins, porpoises and whales.

It has also believed that the animal in question died sometime around 18 months ago.

Next story >>
What would the world be like today if the dinosaurs hadn't gone extinct ?
Recent comments on this story

#1 Posted by newbloodmoon 2 months ago

It's the hand of God.

#3 Posted by XenoFish 2 months ago

#4 Posted by Jon the frog 2 months ago

#5 Posted by Jon the frog 2 months ago

#6 Posted by Cho Jinn 2 months ago

Haven’t heard from David Depape in a while, it might be his arm.

That is also what I think, but I hold out hope it’s from a Mermaid or a Merman!