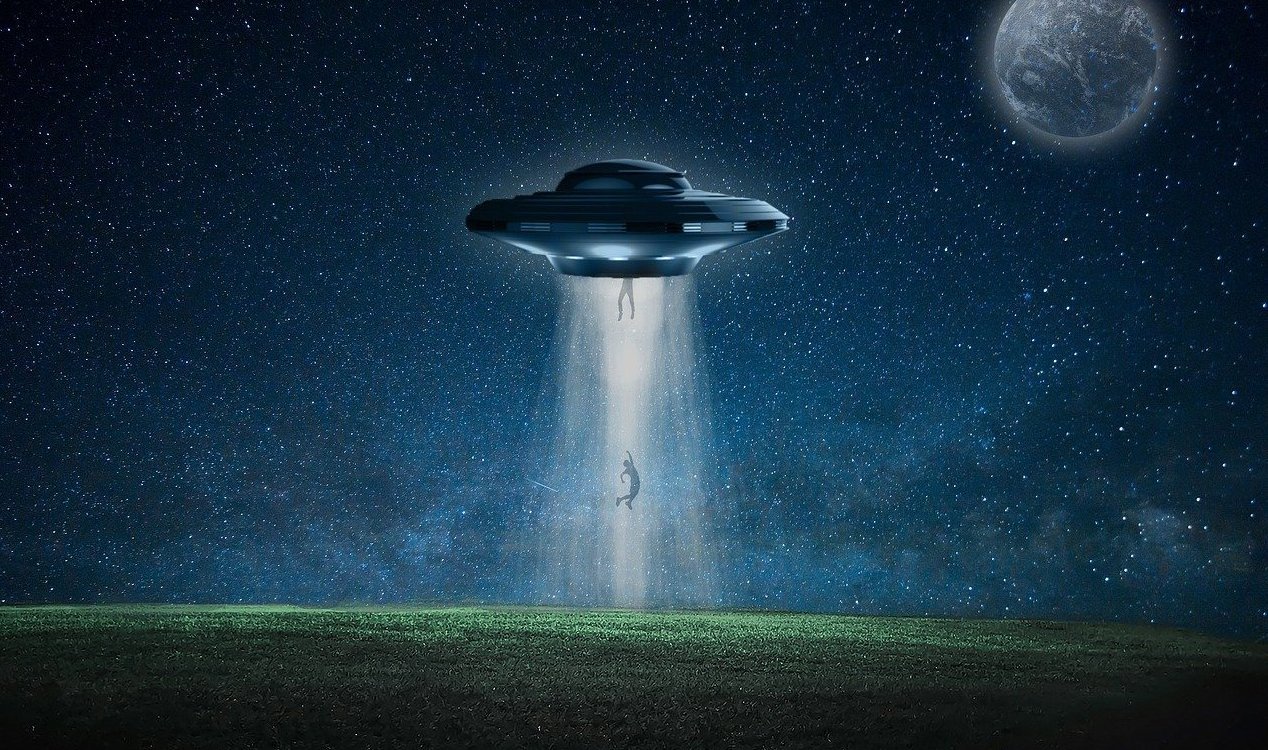 What happened to the two men that night ? Image Credit: Pixabay / danielarealpeg
Back in 1992, two friends had been traveling in South Lanarkshire, Scotland when they encountered something terrifying.
Ambulance technician Garry Wood and his friend Colin Wright had been driving from Edinburgh to Tarbrax on the evening of August 27th of that year and had just passed the Harperrig Reservoir at around 11:30pm when things took a rather unexpected and sinister turn.

They had initially described witnessing some sort of object hovering over the road, but then seemed to have blacked out, as the next thing they knew they were arriving at their destination almost 2 hours later than scheduled with no knowledge or recollection of what had taken place.

In the days that followed, Garry began having nightmares and felt generally unwell.

Later, the pair reached out to investigator Malcolm Robinson and ultimately ended up undergoing hypnotic regression in an effort to account for the mysterious missing time.

What they described was terrifying to say the least.During the sessions, they revealed that their car had been approached by a group of extraterrestrial entities who forced them to undergo some form of medical examination involving electric shocks.

Colin distinctly remembered feeling searing pain in one of his eyes while Garry recalled a "buzzing black lens" that was being used to examine his body.

He also said that the aliens had communicated with them, referring to Earth as a "sanctuary" and that the potential of our species had been "capped".

Next thing they knew, the pair had been returned to their car.

To date, their story remains one of the most compelling abduction cases ever reported.

#1 Posted by astrobeing 28 days ago

After Whitley Strieber wrote his best seller "Communion" in 1987, this kind of story became very popular for several years especially after it was made into a movie two years later.

#2 Posted by esoteric_toad 28 days ago

Same thing happened in the late 1970's after Close Encounters of the Third Kind came out. Everything was ufo's, aliens, alien abductions...etc.

I guess its ego or artistic license but many times a writer of fiction will write something like WS did with communion and try to claim its non fiction it of course has not a shred more than his non fiction to prove it isnt also made up. Which brings us to abduction cases they all seem to parrot to some degree or another the first well published popular case betty and barney hill which of course is a well proven farse the other thing abduction cases share is zero supportive evidence, none.

#4 Posted by DreadLordAvatar 27 days ago

100% circumstantial evidence.  Debunkers have zero evidence these incidents are fake.

100%? No evidence of this story has been presented. And its never been never will be the burden of the skeptic to disprove a story which hasnt been supported to start with the story teller has the burden to back up their claims with evidence and proof or they accept they just have a tale. Im good with that.

#6 Posted by astrobeing 27 days ago

The Strieber story created the genre of "alien bedroom abduction". Aliens no longer abducted people on dark country roads where there could be witnesses. They now had the ability to teleport directly into selected people's bedrooms and teleport them to their spaceships for pointless medical experimentation and then return them to their bedrooms leaving no evidence that anything had happened.

I get a few of those guys mixed up wasnt it Strieber who said aliens wanted him as a reproduction sex slave?

How can you be so glib about this?  Them aliens are WAY smarter than us.  Perhaps there's all sorts of stuff they can learn from probing anuses.  Like: maybe your butt reveals if you're suitable for alien-human mating?  Stuff like that that might be really useful to alien doctors. Just cos YOU'RE not an alien medical expert don't mean alien medical experts aren't. (I think that sentence makes sense.)