The claim has been met with considerable skepticism. Image Credit: sxc.hu
Manchester lecturer John Hyatt maintains that he has captured several of the mythical beings on camera.
The 53-year-old insists that several of the creatures reside in the Rossendale Valley area and is now on a mission to convince more adults to believe in them and to "bring a bit of magic into their lives."

Director of an art and design institute at Manchester Metropolitan University, Hyatt has since put his photographs of the winged beings on display as part of a special exhibition.Some of the photographs can be viewed - here.

Despite being met with intense criticism over the validity of the images, the lecturer continues to maintain that they are genuine and that they have not been tampered with in any way.

"People can decide for themselves what they are," he said. "The message to people is to approach them with an open mind. I think it’s one of those situations where you need to believe to see."

Next story >>
Could Noah's Ark have really happened ?
Recent comments on this story

Scheming B It is the old story of. Some have eyes but can not see, and some have ears that can not here. I am only saying what I have and how children see it and it looks that way to me as well. But it is not solid proof at all in my photos. If I would have seen them first I would have focused my camera at them. But I didn't.

#58 Posted by DieChecker 9 years ago

This guy needs to visit Iceland to photograph the tiny elves that so many Icelanders believe in.

#59 Posted by ParanoidSkeptic25 9 years ago 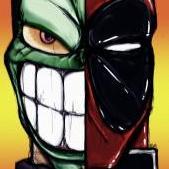 I don't believe these are real fairies however, i'm not sure that the creatures are entirely fake either. They look like Mayflies, albeit slightly doctored to look more humanoid. http://www.oum.ox.ac.uk/thezone/insects/instant/ephemero.htm

Yes they are but as I said. They should up in my pictures. But you can make out what appears to be a head and body on the blond one and you can make out the upper half on the brunet. But they where very small. But then again it could just be matrixing. But it make for interesting conversation. A friend of mine displayed a larger picture in her pagan store for a couple of years but it also had the armor I made and the guy in the armor is a great grandson of Crazy Horse. Where in those pictures are a blonde and brunette fairy? I am not seeing anything like that

Scheming B It is the old story of. Some have eyes but can not see, and some have ears that can not here. I am only saying what I have and how children see it and it looks that way to me as well. But it is not solid proof at all in my photos. If I would have seen them first I would have focused my camera at them. But I didn't. Actually its the older story of people making stuff up to explain what they don't understand. as far as how children see things, they see things in ignorance because they havent had time to learn anything,and they lie because they havent learned morality. they're ignorant... [More]

I found the original photo and here it is. No chance of being a Mayfly in late fall. As you can see the leaves are gone. You look in the lower left hand corner. I had to reduce the size of the photo to show it.

...hes wearing knights armor how can we take a grown man wearing knights armor seriously?. and that looks like a water droplet on the lense of the camera Funny but you show yourself as a cartoon. Besides it was not raining. The rocks are not wet, the road is not wet, and the Knight is not wet. I build armor for those who recreate history for a living but I am on my way to retirement due to health. https://www.flickr.com/photos/abhammer/ Not to mention no anomalies showed up in the photos afterwards either. So I had to rule that idea out. Yes I thought the same thing at first.

The cartoon is the character Jim Gordon...it's not me, I'm not Jim Gordon. Thats a pretty cloudy sky..couldve been raining. Besides I said water droplet. for all we kno- OH wait you took that picture, ok i see where this is going. Theres things that it could be, a bug, again a water drop like I said, and it just fell off before the next shot, trick of light reflecting off the armor. I just don't understand the science behind faries, for them to fly they couldn't really be humanoid, their insect like wings wouldn't propel them unless they fluttered at hummingbird like speeds, and even then mayb... [More]

could be possible they are interdimensional in nature. they may take the appearance of a human like shape but not have the same density as we as humans have in this realm/dimension. they could exist at a higher frequency. this of course depends on ones own belief. my spiritual beliefs are based on my own experience. I tend to keep an open mind to all p***ibilities in this vast and intricate universe of ours. I have a developed sixth sense as some call it. ive heard and seen and had waking encounters with beings from what I believe to be higher dimensions. e.g. spirit guides, spirits, unexplain... [More]

Click here to view all 66 comments on this story