Selak's life has been one big lottery. Image Credit: sxc.hu
Frane Selak has cheated death more times in the last 40 years than James Bond and Jack Bauer combined.
Born in 1929, Selak's life had been generally unremarkable up until 1962 when his miraculous escape from a train crash kick-started a lifetime of bizarre accidents that seemed to follow him wherever he went.

In 1963 the engines of a plane he had been traveling on suddenly stopped, sending the aircraft plummeting towards the ground. Everyone on-board the plane died except for Selak, who having been sucked out of a faulty door several thousand feet in the air without a parachute somehow managed to land perfectly on top of a haystack, leaving him with only minor injuries.His bizarre streak of good/bad luck would continue over the next few decades as he endured being hit by a bus, skidding off the road in another bus and then having his car catch fire twice while he was driving it. In one incident he even swerved off the side of a 300ft cliff and only managed to survive by hanging on to a tree branch.

Having lived through so many disasters, Selak was finally rewarded by a definitively positive stroke of luck when in 2003 he bought a lottery ticket for the first time in 40 years and immediately won the jackpot of $1 million.

<< Previous story
Flying cars may be available within 10 years

#28 Posted by Paranoid Android 9 years ago

Wow, this is a crazy awesome story. I loved the Youtube vid, it brings the story to life in ways that the article simply couldn't. And it's been said, but it reminds me of the movie Unbreakable (a very underrated film, in my opinion - I enjoyed that one).

#29 Posted by acidhead 9 years ago

http://en.m.wikipedia.org/wiki/Frane_Selak Hmmm... there is no record of the plane crash and none of his claims besides the lotto win have been independently verified.

#30 Posted by Paranoid Android 9 years ago

Thanks acidhead I just finished Google and wikipedia search, and was about to post something (or edit my previous post) similar. Still, it sounds like a good story, and I suppose if you want to get technical there's no evidence proving these things DIDN'T happen (not that you can actually prove a negative).

http://en.m.wikipedi...iki/Frane_Selak Hmmm... there is no record of the plane crash and none of his claims besides the lotto win have been independently verified. Thats a bummer because for me that was the best bit!! http://en.wikipedia....iki/Frane_Selak . .

#33 Posted by Helen of Annoy 9 years ago

According to Croatian media, Frane fell out DC-8 that flew from Zagreb to Rijeka, in 1963. Plane door fell off above Gorski Kotar region. 20 passengers and flight attendant were sucked out the plane and died as they fell to the ground, only Frane and the attendant survived because he fell in the haystack, it wasn't said what saved the attendant. I can’t find anything official on the internet, but there are more things from our past that are not on the ‘net than there were put on line. So, it’s a job for someone with more time on their hands, or a journalist maybe, to find out if there was such... [More]

#34 Posted by Leonardo 9 years ago

A search of the archives of the Aviation Safety and Security Archives (US-based, but does contain records of international accidents) locates no DC-8 crashes reported in 1963 anywhere. Not to claim Mr Selak is lying, but he may be mistaken in one or more of the details of the incident he recalls.

Of course he had luck, crazy luck that had nothing to do with skill. Because 19 more people sucked out that plane when door fell off died, only Frane landed in haystack. You can’t hit a haystack on purpose without a parachute. Even with a parachute, most amateurs would miss such a small target. Then various falls off cliffs and whatnot happened to him, no one can exit a crashing, falling vehicle deliberately, he was thrown out, you can’t pick a spot in a bus that guarantees fewer fractured bones etc. So in my opinion, yes, he’s exceptionally lucky in his exceptional bad luck. Reminds me of me,... [More]

#36 Posted by Helen of Annoy 9 years ago

A search of the archives of the Aviation Safety and Security Archives (US-based, but does contain records of international accidents) locates no DC-8 crashes reported in 1963 anywhere. Not to claim Mr Selak is lying, but he may be mistaken in one or more of the details of the incident he recalls. In 1963 Croatia was part of socialist ex-Yugoslavia, and though it wasn’t part of Warsaw pact it was not less paranoid about everything. It’s more than possible such accident was not reported or was reported with deliberately changed facts, because there was nothing that wasn’t somehow a security issu... [More]

#37 Posted by Arkitecht 9 years ago 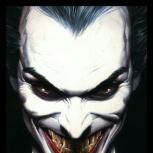 Too many accidents in planes,trains,and automobiles.He needs a nice safe horse...