The shores of Loch Ness. Image Credit: CC BY-SA 3.0 Ben Buxton
A cruise vessel has picked up an 'unusual' reading of an unidentified object in the depths of Loch Ness.
The Loch Ness Monster was in the news again this week when the Jacobite Queen, a cruise vessel that carries thousands of tourists up and down the loch every year, reported that it had picked up a mysterious hit on its underwater scanning equipment.

"The Jacobite Queen spends every day sailing up and down the loch with the sonar on and this reading is the most unusual we have seen for quite some time," said skipper John Askew.While the hit itself is inconclusive, this incident coupled with the satellite image taken on Apple's mobile map application two weeks ago has helped to reinvigorate interest in the monster legend.

"It's impossible to tell what we've picked up here, but along with those satellite images, you can't help feeling that reports of the Loch Ness Monster's demise may be premature," said Askew.

I'm just curious, what do you guys think this is? I highly doubt it's Nessie, but could it be a group of fish or a large fish? Or maybe a drunken tourist going out for a swim? Aye, at midnight Not sure. If there was a "blip" then yeah it could be a shoal of fish. There's a lot of rotting vegetation down there, so perhaps carbon dioxide/methane bubbles escaping through the layer of decayed matter and silt? Deer also are surprisingly good swimmers- it could also be the sad case of a deer biting off more than it could chew a few days hence, and on it's way to the bottom. We've not really been hit... [More]

Bigfoot's been all the rage lately. Just glad that Nessie can still share the crypto - spotlight every once in a while.

#22 Posted by Calibeliever 9 years ago

“It’s impossible to tell what we’ve picked up here, but along with those satellite images, you can’t help feeling that reports of the Loch Ness Monster’s demise may be premature..." Those would be the same satellite photos that were recently confirmed to be the exact same cruise ship that got the sonar blips .... mmmm

#23 Posted by Zeta Reticulum 9 years ago

Theres one big problem with any suggestion of a large reptile in that lake - breathing ! Number one on the hit list of reptiles to do is breathe. If there was one in there, it would need to breathe so we would constantly see it surface. Also there would need to be a breeding population, in order for the species to have survived this long.

#24 Posted by DieChecker 9 years ago

I'm just curious, what do you guys think this is? I highly doubt it's Nessie, but could it be a group of fish or a large fish? Or maybe a drunken tourist going out for a swim? It could be a group of fish, or a single big fish. But more likely is a partly water logged log, IMHO. Or even a large bit of trash, like a trashcan, or tire, that is floating around a bit.

#25 Posted by Forever Cursed 9 years ago

There are large schools of carp in the lake, as well as large rotting logs. They say as these logs rot they create gases that cause them to rise from the bottom of the lake, and at certain depth and pressure they release these gases and re-settle back to the lake floor. So there can be a number of rational explanations for a hit on radar.

#26 Posted by davros of skaro 9 years ago

It's just a cruising boat with the boat photoshopped out. Oops...I thought this was the Yahoo sat photo thread.

#27 Posted by Imaginarynumber1 9 years ago

#28 Posted by Domina Lucis 9 years ago 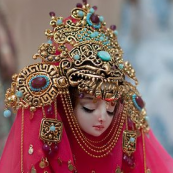 White sturgeon live in the Loch Ness, and they can grow to massive sizes. Maybe they got on of those on the radar. According to Google, they can grow up to twenty feet in length! I wouldn't be surprised if people see them swimming underneath the surface in the murky water and thought they were seeing Nessie.

Bigfoot's been all the rage lately. Just glad that Nessie can still share the crypto - spotlight every once in a while. Good point! SCUBA Bigfoot. Aquatic Bigfoot. Bigfin. Aye.