The webbing stretched as far as the eye could see. Image Credit: YouTube / Tracy Maris
Fascinating new footage has emerged online showing an entire field engulfed by a huge expanse of cobwebs.
Tracey Maris and her family had been visiting the Gordon Spratt Reserve in Papamoa at Easter when they encountered something that none of them had ever seen before.

"The web started at the top of the mound which is up above the soccer fields," she said. "It went almost right down to Papamoa College. I read an article about the same kind of thing a few years back where a whole heap of spiders created the same effect to escape flooding."

Upon closer inspection, Maris realized to her horror that the webs were filled with tiny arachnids."We thought surely there are no spiders inside that," she said. "We walked further up and our feet started getting stuck in the cobwebs, and then we noticed little black things on top."

"So, as you do, we screamed really loudly. They were everywhere - literally thousands of them."

As it turns out however, this particular spectacle does have a conventional explanation.

"What a lot of people don't realize is a pasture is full of spiders munching away on things, and what they tend to do is move around by releasing a drag line of silk to help them in case they fall," said museum curator and spider expect Cor Vink.

New evidence suggests that even spiders have dreams
8-9-2022

They see giant spider webs and they get surprised when they see spiders in it. Hmmm, how did they think that spider webs are created?

#4 Posted by Robin_Shadowes 5 years ago

Must be Shelob looking for Frodo and Sam.

#5 Posted by Peter Cox 5 years ago 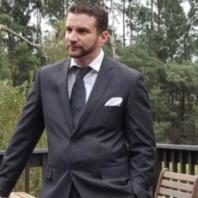 BURN IT DOWN WITH HELL FIRE - just kidding... Its not a field of dreams but a field of nightmares

#6 Posted by Gary Meadows 5 years ago

#7 Posted by Crystal Rose 5 years ago

That looks so cool! Especially when the wind is blowing. I definitely wouldn't walk in it. It would make an excellent scene in a creepy movie.

#8 Posted by Future ghost 5 years ago

#9 Posted by Nuclear Wessel 5 years ago

There is only one logical solution to that massive cobweb, and that is to set fire to the field. Nope... nope. NOPE!

So how much would someone have to pay you to run through that field in nothing but either a speedo or bikini?

#12 Posted by Unfortunately 5 years ago

Well, as long as I had shoes on I would do it...NEVER. EVER.

Italy on brink of having most Right-wing...
Ghosts, Hauntings and The Paranormal

Woman haunted by a 'black witch'

Is this Princess Diana's voice?