The case of the 'killer clown' gained significant notoriety. Image Credit: Twitter / @jogo78
Authorities in the US have arrested a woman on suspicion of murdering her future husband's former wife.
On May 26, 1990, Marlene Warren had answered the door of her home in Wellington, Florida, to accept a bouquet of flowers from an individual dressed as a clown when, without warning, the perpetrator pulled out a gun and shot her in the face before casually walking away.

Now though, almost 30 years on from the incident, new DNA evidence has implicated Sheila Keen Warren - the current wife of Ms Warren's former husband - as the person responsible."Witnesses were re-contacted and additional DNA analysis was conducted," the Palm Beach County Sheriff's Office said. "It was also learned that Sheila Keen had married Michael Warren, Marlene Warren's husband, in 2002. Both had been living in Tennessee operating a restaurant together."

"As a result of the investigation, probable cause was established linking Sheila Keen Warren to the murder of Marlene Warren."

The suspect has since been remanded in custody and is now awaiting extradition to Florida.

<< Previous story
US and Russia to build a lunar space station

#1 Posted by Kiltedmusician 4 years ago

How? She pricked her finger on a rose before handing it over? Her nose fell off with a booger in it? Hm.

#2 Posted by MissCalamity 4 years ago

My thoughts exactly.... I think the husband is the master mind behind all this, he killed his ex wife and he is tired of his current wife. Planting the evidence because he has a regular customer at their restaurant who is a police officer and they became friends. So the friend didn't mind to help reopen the case and pin it on Sheila...

#3 Posted by paperdyer 4 years ago

#4 Posted by Columbo 4 years ago

Where on earth did you get all that extra information?

#5 Posted by freetoroam 4 years ago

Planted what evidence? She was picked out by the assistants in the shop as buying the outfit and then another shop as buying the flowers. The husband did not plant any of that...she bought them. He married her after he came out of  prison and they were together running a restuarant when she was arrested

#6 Posted by MissCalamity 4 years ago

I think my imagination.. I did read the article on bbc http://www.bbc.com/news/world-us-canada-41412020 not a lot of information there..   The husband did not plant any of that...she bought them. He married her after he came out of  prison and they were together running a restuarant when she was arrested Thanks for the info will check it out.

#7 Posted by SecretSanta 4 years ago

She and her husband lived in the town next to mine. They used to own a restaurant called The Purple Cow. She was a suspect at the time, but was never arrested because all the evidence was purely circumstantial. http://www.wcyb.com/news/virginia/washington-county-va/neighbors-in-shock-sheila-warren-arrested-in-1990-killer-clown-murder/627156423

#8 Posted by Robemcdo 4 years ago

There was no clown .  The son did it 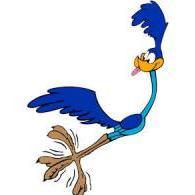 There is a lot of evidence againt her, but I can't imagine the husband not knowing anything about this. I suspect he was involved but knew they would be looking at him as a suspect before anyone else and that is probably why she commited the crime. On the other hand the crime was clearly not well planned.

Do we have a moral obligation to live fo...