Mickey dons his fireman's helmet. Image Credit: Facebook / Old Minneapolis
Newly resurfaced footage from the 1930s shows the remarkable life of Mickey the Minneapolis fire cat.
The quirky black-and-white film follows the feline mascot of Station 10 which, according to the Old Minneapolis Facebook page, was situated on N. 4th Street between Hennepin and First Av. N.

The footage, which was recorded in 1936, details Mickey's close relationship with the station's crew and shows him hopping in to the department's fire cruiser and joining the men on call-outs.

The fearless cat is even shown sliding down the fireman's pole and donning his very own fire helmet.

<< Previous story
Mystery call was received before JFK was shot

Gotta be the best cat videos I've seen for ages .... maybe cause I don't look at cat stuff.

#5 Posted by South Alabam 5 years ago

That is one cool looking cat mug.

It's good to know that Mickey perished doing what he loved!

#7 Posted by Paulywally 5 years ago

Why do I think they tossed this cat at the fire pole to make him slide down it, I am skeptical!

#8 Posted by LightAngel 5 years ago #9 Posted by MJNYC 5 years ago

This is GREAT!  And, saw a post that someone said they tossed the cat and I doubt that.  He wouldn't have known to grab the pole, I think he would have tried to get away. Wonderful cat and video!

#10 Posted by HollyDolly 5 years ago

Oh I just loved this video. What a cat.

#11 Posted by TravelingDust 5 years ago 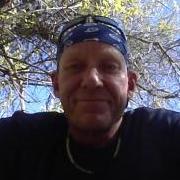 Cool cat story. Did they have fake news back then? lol

Fake news is not a new creation. Lies and deceptions always existed. The cat looked very stressed when it was in that car with the firefighters judging by his panting.

#13 Posted by HollyDolly 7 months ago

The cat didn't look stressed in the car, looked like he was yawning. And yes they did fake news  back then and salacious stories.The New York Graphic run by Berrnar McFadden, founder of True Story Magazine and several others ran a story about a man who escaped a mental asylum and raped a woman. The title of the article on the front page read :Nut Bolts and Screws, and no not making this up. The  scandal of Daddy and Peaches Browning  they did what they called a cosmograph or some such name. It was photos to which they added captions. You can Google this, so it's nothing new.

800-year-old elm tree believed to be Eur...
UK and Europe