The painting shows what has been described as a 'soul bowl'. Image Credit: TradeMe / heylin
An acrylic painting purchased from an antique store has earned itself something of a haunted reputation.
Ever since acquiring the piece, the anonymous owner claims to have been plagued by a spate of paranormal occurrences as well as sightings of a 'shadow figure' in their own home.

"Purchased in Pauanui at Antique shop, suspect it is haunted, not cursed but suspect something came into the house with it," they wrote on New Zealand online auction site TradeMe.

"Fell off the wall one night, and another night a shadowy figure was cast (moving) from the upstairs room window where painting is hung (no one in room).""Selling as it's just too creepy to have. Great for someone who is interested in the paranormal."

The painting, which had a reserve of $40 NZD, has since been sold at auction for $150 NZD.

The original listing can be viewed - here.

<< Previous story
Mini nuclear reactors could be used on Mars

Paint in some cereal and I'll bet it stops being haunted.

Ok what do you mean?

Any self respecting spectre would not be caught dead haunting of a bowl of lucky charms.

There was a little painting underneath the main one, that is the one that has the weird feelings. It's a picture of a African man, and it was tucked in the backing of the painting, looks primitive tribal. It's not a bad painting, the feeling is always there.   The best one I have is of woman in slinky dress, posing cabaret style or like a brothel dancer or some sort  She makes an apparition sometimes, and on the EVP she is looking for a cute baby. She always says, "aww look, a little baby!" and tries to kiss where she sees the child.

I was trying to think of a pun too but fell at the final curdle. Yours was much grater.

#24 Posted by rhysinspire 5 years ago 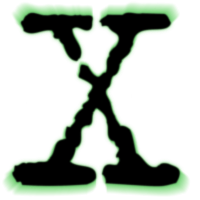 It was singing HAKA

Apparently, from what I have been told, it's paintings in the area that are often faked. It was a fake painting, but in another way it wasn't. What do I mean by that? The tribal painting underneath is apparently something commonly found in poor areas, and the one behind mine IS haunted in some small way. The local people don't have any good paintings lying around, but they do have cheaper ones that they would like to sell. What do they do with them? The cheaper small paintings in that area are sold if they are haunted, and then someone makes a nicer painting and puts it on top. What you end up... [More]

I've got a haunted shoe I could sell you.

5 killed in shooting in Colorado Springs...

Should we build a nature reserve on Mars...
Computers, Gaming and The Internet