Several floating structures can be combined to form cities. Image Credit: YouTube / Lazzarini Design Studio
Italian architecture firm Lazzarini Design Studio is looking to construct entire neighborhoods that float in the ocean.
The concept, which aims to solve the problem of rising sea levels due to climate change, centers around the idea of building self-sustaining homes that float freely on the ocean's surface.

Powered by solar energy, these pyramid-shaped residences can be grouped together to form whole cities complete with shopping malls, tennis courts and other facilities.

Although the idea is still in the planning stages, the firm has launched a crowdfunding campaign to raise the $420,000 needed to build the first pyramid.The long-term goal will be to construct a whole city off the coast of the United Arab Emirates or Italy and investors will be given the opportunity to become its first official 'citizens'.

How such a city would deal with storms and hurricanes however remains unclear.

#1 Posted by Stiff 4 years ago

Wow, that looks absolutely spectacular, especially the underwater rooms with a panoramic view of the marine life. A kind of futuristic Venice if you were. But... it does throw up rather more questions than answers. It does hit upon storms and hurricanes but not just that. How do they stop from just generally drifting away with the currents and such? Will solar be enough to power a large mall? Would people get sea-sick when it's choppy? The list goes on. I guess they must have thought about these kind of things and not gone too in depth with the basic video. I really hope this takes off!

#2 Posted by ChaosRose 4 years ago

It would be fine until the first hurricane or tsunami.

Having been to Italy a number of times I can say it is quite beautiful or it was in years past. Unfortunately, a lot of the coastal towns etc. dump raw sewage right into the ocean. The same beaches that tourists swim in. I imagine this great architect/designer(sarcasm) has the same intentions.

#4 Posted by evefromgh 4 years ago 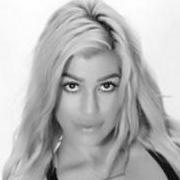 Assuming it could go down under the sea, to a certain depth. Then it could be safe from hurricanes, however the tsunamis is a whole different story.

#5 Posted by MissJatti 4 years ago

Love the idea, BUT since Earth is changing, and the weather is unpredictable than ever before, no where can be totally safe, no matter where in the world.

Zahi Hawass claims that he has found the...

Grasslands Do Not Exist

New species of long-snouted and long-nec...