Perhaps King Tut's tomb does have a secret chamber after all. Image Credit: Jon Bodsworth
A new radar survey of the young pharaoh's tomb has revealed the possible existence of a hidden room.
The idea that there could be a hidden chamber somewhere within the tomb of King Tutankhamen - possibly even the long lost burial chamber of Queen Nefertiti herself - is certainly nothing new.

Back in 2015, the Egyptian Antiquities Ministry authorized the use of scanning equipment within the tomb to look for evidence of hidden rooms after British archaeologist Nicholas Reeves discovered what he thought were signs of secret doorways in the tomb's walls.

Multiple scans were conducted which yielded some conflicting and inconclusive results, but now, five years on, a new ground-penetrating radar survey led by former Egyptian minister of antiquities Mamdouh Eldamaty has once again revealed possible signs of a hidden chamber.The findings, which were recently presented to Egypt's Supreme Council of Antiquities (SCA), describe a previously unknown corridor-like space behind the burial chamber.

Egyptologist Ray Johnson has described the find as "tremendously exciting".

"Clearly there is something on the other side of the north wall of the burial chamber," he said.

If it turns out that there really is a hidden chamber - especially one containing the remains of Queen Nefertiti - it would likely be one of the greatest archaeological discoveries of all time.

#42 Posted by Sir Wearer of Hats 3 years ago

I see the report, but I'm somewhat skeptical of the conclusions. He's not shown as an ithyphallic Osiris (which appears only rarely in art) and the tomb doesn't have any strong associations with the ithyphallic deity, Min.  In addition, the country never really embraced Atenism and it seems to have been very easy to revert to the usual worship, since Akhenaten ruled for less than one generation's time span and archaeological evidence shows that the worship of the original deities never really stopped (except perhaps in Amarna.)

Thanks I needed that. jmccr8

Hyksos were from a different area of the world.  The proto-Israelites are Canaanites. Not sure what this has to do with Egypt or Tutankamun.  They didn't use money (nobody had any coinage) until around 600 BC.  Egypt was basically a socialist type of government (everything owned by the king, the king took everything and then distributed it back to the people through the temples). We can discuss early forms of capitalism and the states and nations that practiced them, however, Egypt was not one of those.

So a big ol' pile of nonsense is what you were referring to. Neat. Not really. Sorry I asked.

#47 Posted by Nnicolette 3 years ago

With the amount of variation present... I highly doubt it.

The same amount of variation has been present for 10,000 years.  We might get smarter...but even that is in question.  We have a big toes and thumbs.  Hard to imagine something as perfect as that evolving into something more perfect.   Oh...btw...not that you don't have the ability to peruse the forum...but, as I recall you seemed somewhat interested in the chess tournament last season.  We be at it again...if we can find enough members who have a desire to play.   Just sayin'

Exactly and with all the work we put against natural selection of our species ! 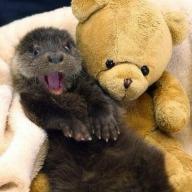 This i did not know about.

Click here to view all 50 comments on this story