Did the thylacine really go extinct ? Image Credit: Benjamin A. Sheppard
A proposed Tasmanian tiger documentary will now go ahead after winning the Pitch Australiana competition.
Directed by Naomi Ball and produced by David Elliot-Jones and Louis Dai, the project, which is entitled Searching for the Tassie Tiger, received $50,000 in funding after it was selected as the winner of this year's Pitch Australiana - a pitching competition that gives novice Australian filmmakers the opportunity to collaborate with VICE to create and broadcast short documentaries.

The new film will look at the latest evidence and focus on the growing number of Australians who believe that the Tasmanian tiger did not go extinct as has been commonly reported.

In particular, it will follow the work of Neil Waters - founder of the 'Thylacine Awareness Group of Australia' - who famously quit his job to search for evidence that the species is still out there."We're thrilled that VICE and Screen Australia have made it possible for this story to become part of the Australiana canon," said Ball. "Searching for the Tassie Tiger will be an absorbing adventure through remote and rugged landscapes led by Australia's most dedicated tiger believers."

"Within the trail cam footage and beneath the scat samples, we'll be looking not only for this ancient marsupial beast, but also for the hope we all need, as we face up to our destruction of the environment."

A video detailing Neil Waters' latest Thylacine expedition can be viewed below.

<< Previous story
NASA reveals sharpest ever images of the Sun

#1 Posted by Myles 3 years ago

#2 Posted by Jon the frog 3 years ago

Would be cool that they find some. But without any road kill in the past 85 years... i would find that surprising!

#3 Posted by Myles 3 years ago

I think money like this should be offered with restrictions.   Maybe require they also do research on known animals and populations.

#4 Posted by oldrover 3 years ago

I don't think this film is quite like that. More of a human interest story about the man leading this search and his heroic struggle against reason. Plus as I understand it it's the filmmakers not him who got the 50K.

#5 Posted by Cryptid_Control 3 years ago

I do hope they find something but every docu about tazzies makes me nervous. As long as they don’t shoot anything, have fun.

#6 Posted by Cryptid Investigator 3 years ago 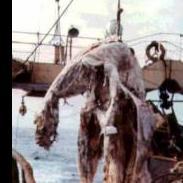 Tasmin Tigers may not be extinct after all,  there is a lot of forest on Tasmania, and if every time i showed my face and some one wanted to shoot me, i would remain well hidden too.

Thai temple left without any monks after...
UK and Europe