Beep, beep! Image Credit: CC BY 2.0 Greg Schechter
The spectacle of a coyote chasing an actual roadrunner has been captured on video by a university professor.
In the classic 'Looney Tunes' cartoons, the hapless Wile E. Coyote would use every trick in the book to catch the elusive Road Runner, however things never seemed to go according to plan.

It was filmed by Michael Bogan - a professor of wildlife biology at the University of Arizona - on May 9th along the Santa Cruz River in downtown Tuscon.

"There is literally a coyote chasing a roadrunner," he said."I can't believe it. That is a straight up cartoon."

Just like in the cartoons, the coyote ultimately fails to apprehend the roadrunner, however it does at least manage to avoid falling off a cliff, being run over by a truck or blowing itself up with dynamite.

#4 Posted by Rolci 2 years ago

Yes, but just because something CAN happen naturally does not mean that it has actually been observed or heard about by a specific person who wrote a story about it. Imagine a parallel universe or another populated planet where the very first instance of a coyote chasing a road runner is yet to occur because although it could have happened it just hasn't happened yet. Someone sees a coyote chase a rabbit, another day they see a fox chasing a coyote. It does not take a huge amount of imagination to dream up a story of a coyote chasing a road runner. It is entirely possible to make that story up... [More]

My cat chased a road runner once. The bird didn't run away, and scared my cat back inside instead. They're vicious little dinosaurs, lol.

No!  What I was saying is it is crazy that the video is news and compared to a cartoon.  It has happened, that is why the cartoonist chose a road runner instead of a rabbit.  And it is very possible that the cartoonist witnessed that at one time if he is from California.  Why are you so concerned about this? And I am not saying I did not enjoy the video, my comment was on the title and commentary.

#7 Posted by XenoFish 2 years ago

Some people just want to argue.

#8 Posted by Rolci 2 years ago

It is much, much more possible that the cartoonist witnessed no such thing. Statistically speaking, how many people in 100 randonly chosen Californians would you say have witnessed a coyote chasing a road runner? More than 50? I would venture to say less than 10. I see where you're TRYING to come from. If indeed more than 50% of people witnessed such, then indeed it would probably not make it into the news. Where I'm from we have swallows sitting on electricity cables. More than 50% of our people have easily seen them. Which is why I've never seen a news article about swallows sitting on cable... [More] 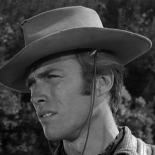 I live in New Mexico. It’s the state bird. And if you’re  Lucky enough to have a Roadrunner take up around your house , you’ll have no diamondback problems. They will kill snakes. They’re very territorial and entertaining too.

Maybe you have never been to any desert in the SW U.S. or seen a real coyote and maybe you don't realize how long ago that cartoon was created.  I have seen coyotes chase all kinds of things and I know parts of California are similar to where I grew up.  Again, Why DO You Want to argue about something so stupid?  And maybe those cartoon birds sitting on cables were Not swallows.  I have seen tons of sparrows and crows sit on cables, so if you have not seen something then it could Never Happen?

Did the coyote construct an elaborate means of catching the roadrunner using items purchased from Acme?

Today the coyote would order from Amazon. 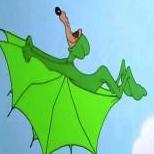 Exactly what I was thinking -- I was hoping to see some Acme rockets and jet packs, or, at the very least, some pulleys and boulders.

New York Times Continues the Fear: Overt...
Extraterrestrial Life and The UFO Phenomenon