Like pizza ? Well spare a thought for this guy... Image Credit: sxc.hu
A man in Belgium has endured a decade of harassment due to hundreds of unsolicited fast food deliveries.
For most of us, having a pizza delivered to the door is something to be looked forward to, but for 65-year-old Jean Van Landeghem of Turnhout, Belgium, the mere sound of a scooter coming down the street leaves him literally shaking in trepidation.

His endless nightmare began over ten years ago when a pizza deliveryman came to his house even though he hadn't ordered anything. Initially believing it to be an honest mistake, he thought little of it, but as the weeks and months went on, the issue took a more sinister turn as hundreds more pizza deliveries turned up at his house despite him not asking for any of them.

Sometimes he would receive multiple deliveries a day and on one occasion he was visited by ten separate deliverymen on the same day - one of which was carrying 14 pizzas."I cannot sleep anymore. I start shaking every time I hear a scooter on the street," he said. "I dread that someone will come to drop off hot pizzas yet another time."

Neither the pizza restaurants nor local authorities seem to be able to solve the mystery and it remains unclear who would continue to do this for so long or for what reason.

The only clue is that one of his friends, who lives 20 miles away, has also been receiving unwanted pizza deliveries, suggesting that whoever is responsible knows both of them.

Beyond that, the culprit remains a total enigma.

#13 Posted by Orphalesion 2 years ago

Were the Pizzas already paid for? Because otherwise the restaurants would eventually refuse to deliver to his place anyway.

I am sceptical of this. If it's been happening for so long and especially if he has not paid for the orders. Surely the restaurants would have grown wise to this and blocked his number? That being said, my family had their own problem with something similar after a small falling out with a neighbor. We had everything from Police, Fire brigade and Abulences turn up to Private Ambulances and Pizza delivery drivers (my family had never ordered Pizza in their years of living there). We were able to obtain a small amount of information from a female officer who told us, "the woman on the phone was ... [More]

#15 Posted by jethrofloyd 2 years ago

I agree with others about the pizza places refusing orders or blocking numbers. However, we have no idea what someone will do with a vendetta. Assuming this is someone with a grudge, he may be running a program that shows a different phone number everytime an order is placed. However, the address will show as the same one. Also, pizza places have delivery areas. So, these deliveries would be limited to businesses within a couple three mile radius of this guy's house. Turnhout too large to not be automated, which blows the whole premise of the caller not being ID'd on each call, or online order... [More]

#17 Posted by Skulduggery 2 years ago

#18 Posted by Aardvark-DK 2 years ago

Pizza with pineapple is my guess...

#19 Posted by Captain Risky 2 years ago

IDK, if the pizza's and other food is paid for why would then restaurant care.

#20 Posted by HandsomeGorilla 2 years ago 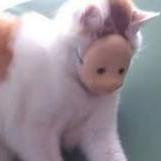 Is this to where he is somehow paying for this? If not, someone has spent loads of money on pizzas there not even getting. Would a person be able to keep on this commitment? I'm pretty skeptical of this, considering how this is also most likely a way to get attention from other. Even with that factor, his friend is in on it to? Every answer brings up another question.

Why would you be "shaking in trepidation" over this...unless...anchovies?

Kanye West announces 2024 presidential b...
Ghosts, Hauntings and The Paranormal