Woman from Cornwall finds 'face of Jesus' in her pizza box 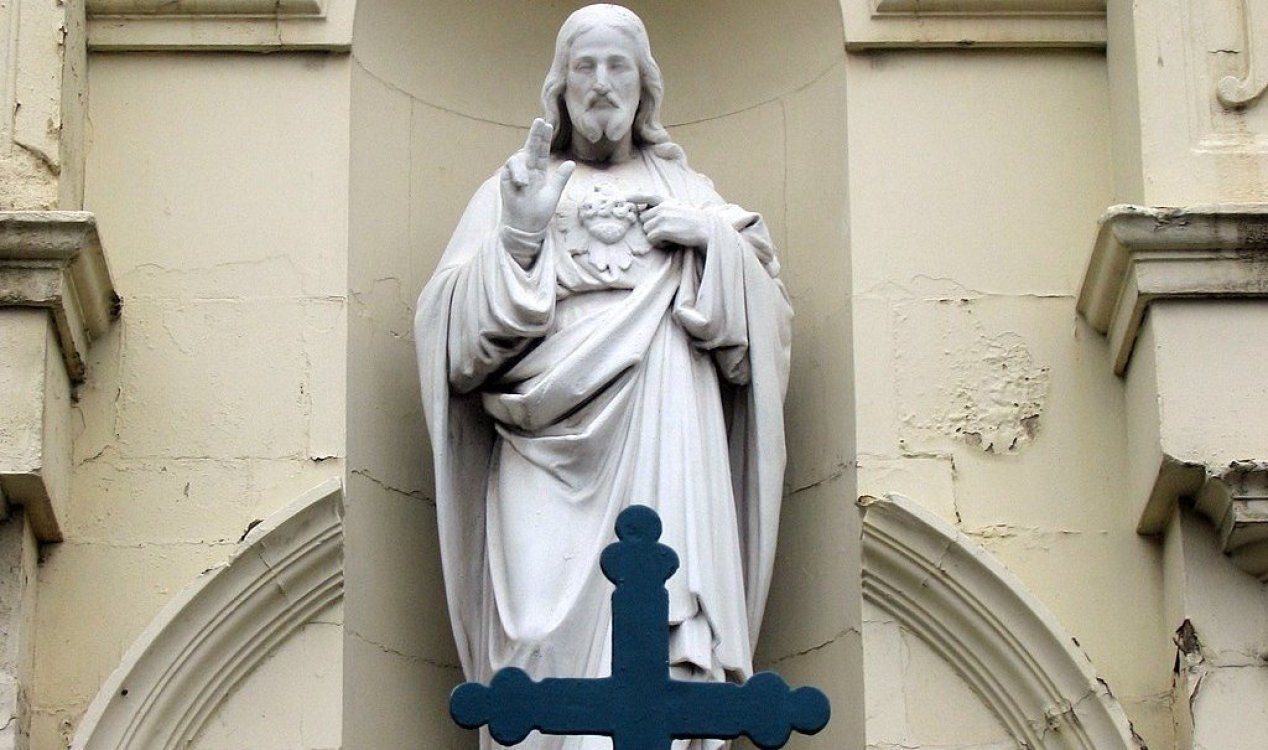 Alleged images of Jesus seem to crop up all over the place. Image Credit: CC BY-SA 3.0 WbgArchives
The mother-of-two maintained that the leftover grease stain on the box looked a lot like a sign of divine intervention.
They say God works in mysterious ways, which might at least explain the idea that a visual representation of Jesus Christ would ever be likely to appear in a manner quite like this.

33-year-old Kim Ellis, who hails from Cornwall, England, had been devouring a Domino's meat feast with her partner when she noticed that the grease stain on the box looked awfully familiar.

"I just looked up and noticed a little face looking back at me and thought it was funny," she said.

"My first thought was Jesus because of the flowing hair and beard."Before long, she had taken a photograph of the box and posted it up online where it quickly attracted a great deal of attention.

Not everyone was convinced that the stain looked like Jesus, however, with some arguing that it more closely resembled serial killer Charles Manson or singer John Lennon.

Whatever the case, the image is a prime example of pareidolia - the mind's uncanny ability to perceive meaningful shapes in abstract patterns.

In other words, it really is just a grease stain in a pizza box.

A mum from Cornwall claims to have discovered a famous face in the grease of her pizza box. But who is it? pic.twitter.com/xmSenr38gs

Next story >>
The Black Death may not have been spread by rats, study claims
Recent comments on this story

This is what I do, know, believe, feel, live. One takes useful information where they can. But I follow no-one, and teachers I have had many, but, Christ is my Teacher, and we walk, talk, side by side.

Breaking News: Space Jesus has succumb to wounds suffered in his gallant fight against all (Flabobian Ass Hats) odds protecting Mankind, his Patriotism will never be forgotten, hell maybe we will start a religion in his honor, I think we will name it Christianity!!!! Jesus on the morning if his epic space battle! Below is the Racist Leader of the Flabobian Ass Hats, his Majesty Trumpbobian VI   Here, Space Jesus is fighting the Racist Flaboiana Ass Hats!! Space Jesus was fatality wounded and succumbed to his wounds.

Guyv, can you expand on this. Thank you.

This explains why there are so few Icelandic pizzerias.

I think Our Lord Jesus has better things to do than appear in a pizza box. The one they call Monkey christ was a wall fresco in a spanish church. A female parishioner decided to restore the fresco and therefore you have Monkey Christ because she couldn't paint.A ten year old would have done a better job. You might want to do a search for the Holy Face of Manapello. It is an image of man's face on seasilk, placed between glass to preserve it. It has an interesting history to long to go into, and is believed to have been looted during the Sack of Rome in the 16th century, but is way older than t... [More]

Sure, it's the standard Evangelical Christian idea of Substitutionary Atonement.  According to many Christians, people are sinful as a result of Adam's sin in the garden, and in need of being redeemed (freed from sin guilt) in order to live with God in heaven, after people die.  It would take a long time to give you all the Bible verses to prove this.....but I'll give you some.   1 Corinthians Chapter 15 breaks it down pretty well.  Here's the first part where the gospel is presented and the idea of Substitutionary Atonement.  "Moreover, brethren, I declare to you the gospel which I preached t... [More]

The face of Manoppello looks like a live action version of Chris from 'Family Guy'.   Seriously though, the actual facial feature style is Renaissance and in the style of Albert Durer, who did paint on sea silk. Personally I think somebody copying Durer's style painted it because it looks like a lame attempt to paint and draw hair like Albert did.