'Unsolved Mysteries' to return for Halloween

Unsolved Mysteries will be back sooner than you think. Image Credit: YouTube / Netflix
The Netflix revival of the popular 80s investigative series is set to return again for a second run of 6 episodes.
The original run of 'Unsolved Mysteries' spanned a whole 14 seasons between 1987 and 2010 and is best remembered for its host Robert Stack (who sadly died in 2003) as well as its re-enactments of various mysteries, unexplained phenomena and unsolved criminal cases.

While the recent Netflix revival mostly does away with the re-enactments, its eerie and suspenseful exploration of six mysterious cases (including one UFO case) has proven a major hit with viewers, ranking number one in the US on the streaming service mere hours after its debut.

Now, almost two months later, Netflix has revealed that Unsolved Mysteries will be returning for a second six-episode run (series 1.5) on October 18th of this year.It has also been revealed that one of the episodes will focus on a paranormal mystery.

Since its debut, the show has not only proven popular among viewers but has also helped authorities to further pursue the cases that it features, some of which having received multiple credible new tips.

With any luck, some of them may finally end up being solved.

Let's see how much of a sleuth @Unsolved Mysteries Volume 1 made you... pic.twitter.com/QJH2LCJCDD

#1 Posted by captorofsin 2 years ago 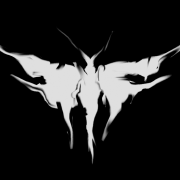 Great news. I love this show.

#2 Posted by ImmortalSupernaturalAlien 2 years ago

#3 Posted by Chronus 2 years ago

To be honest, I never watched it, and again to be honest, not sure how much better Netflix would make it. I doubt I would watch it, I don't like shows like that.

first round with stack, at the time i liked it but it was for entertainment the segments were not always accurate and that just adds to the misinfomation out there. Then netflix, they are odd to me all their made movies have a same vibe same writer feel and never imnsho much better than straight to video stuff if even that good, So i doubt ill watch it.