Man wrestles alligator in bid to save his dog

In this recent viral video uploaded onto clip-sharing platform TikTok by user Melissa Chipps, one brave man can be seen jumping into a pond to rescue his tiny Cavalier King Charles spaniel after it was snatched by the jaws of an alligator and dragged beneath the water's surface.

Unwilling to allow his beloved canine companion to be swallowed up by the reptile, the man was able to grab hold of the alligator, prize open its mouth and rescue the dog from certain death.

The man - 74-year-old Richard Wilbanks - later revealed that the dog's name was Gunner."We were just out walking by the pond," he told CNN. "and it came out of the water like a missile. I never thought an alligator could be that fast. It was so quick."

He explained that the adrenaline had kicked in and without hesitation, he had jumped into the water.

After the incident he had to seek medical treatment and a tetanus shot as his hands were 'chewed up'.

Fortunately Gunner survived the ordeal with only a small puncture wound.

#1 Posted by glorybebe 2 years ago

#3 Posted by quiXilver 2 years ago

Without a moment's hesitation, I'd do the very same. Well done mate!  Good on ya! 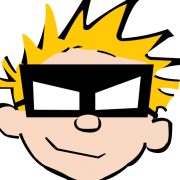 It was definitely a very brave act. Now, the next time try for a smart act - READ THE WARNING SIGN!!

#5 Posted by mesuma 2 years ago

I love the fact that if a bigger alligator had grabbed him while he was in the water the dog would probably have done a pee, sniffed about a bit, scratched its ear and went for a nap while he was getting munched.

https://www.nbcnews.com/id/wbna26956958 This is the story about a man in Florida that saved his dog from a shark.   I remember when the story first came out the man said for a few weeks the dog woke up at night screaming.  I guess he had flashbacks of when the shark had hold of him.

Hundreds of Indonesian fruit pickers in ...
United States and the Americas

What if the dinosaurs hadnÂ’t gone extin...