Would you sleep outside to get away from a ghost ? Image Credit: sxc.hu
A French couple and their children have found a rather unique way of dealing with a haunting in their apartment.
When the couple - Patricia and David - moved into their new apartment in Semcoda, France last year - they were initially very pleased with their new accommodation.

Before long, however, the building - which was originally a hangar before being converted into apartments - started to take on a more sinister atmosphere thanks to a spate of paranormal occurrences that left the couple struggling to find peace of mind.

"It started with black shadows," they told Le Progres. "Then it got louder: the light would randomly go out, the TV turns on by itself, the phone freezes for no reason, the dishes make strange noises, etc."

When they called in a medium to investigate, they were told that the apartment was haunted by the hostile spirit of a 19th-Century woman who was trapped there and wanted them to leave.Terrified of the aggressive spook and unable to simply move to another apartment, the couple took matters into their own hands and decided to sleep outside on the balcony in a tent.

They have since maintained this unusual sleeping arrangement for over a month.

Whether they will ever be comfortable venturing back inside however remains to be seen.

#15 Posted by TashaMarie 1 year ago

Why did the medium not help the spirit cross over if she was trapped there? And what on earth do they mean the dishes make strange noises

This is what makes it partly credible: When they called in a medium to investigate, they were told that the apartment was haunted by the hostile spirit of a 19th-Century woman who was trapped there and wanted them to leave. Any decent ghost should make an effort to appear in suitable clothing, maybe a medieval religious habit or 19th Century clothes, preferably carrying a candle or even dragging a chain. Standards! 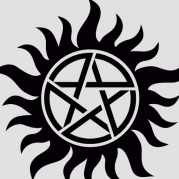 My 98 yr old grandmother just passed away today. I expect a visit from her soon. I love her but her passing has perturbed me because I saw it coming months before it happened.

#18 Posted by onlookerofmayhem 1 year ago

Sorry for your loss. But... She was 98. It was pretty much inevitable that she would die "soon". PS -  What does that have to do with the OP?

Thank You and yes she lived a full life and many people loved her dearly. She never had a bad word to say about anybody. She had been going downhill for the last 6 months while my mother was doing her best to take care of her. It finally got to the point where my 74 yr. old mother just couldn't take care of her anymore. Like they say twice a child once an adult.

Not sure what "OP" means? I apologize because I'm new here.

#21 Posted by onlookerofmayhem 1 year ago

OP = Original Post(er). This thread is about a ghost that is too scared to go out on a balcony to continue haunting a family. I don't know what that has to do with your grandmother.

#22 Posted by quiXilver 1 year ago

It's ok not to know something.

#23 Posted by onlookerofmayhem 1 year ago

Of course it is. That's why I explained what OP meant. Unless you were referring to me not knowing what the poster's anecdote about his grandmother had to do with the OP.

#24 Posted by TashaMarie 1 year ago

Have you considered the ghost may have a fear of heights?

Pelosi is going to Taiwan
United States and the Americas

How should the west react to Russia's an...
Dreams and Consciousness

Just had the weirdest dream