'Werewolves' have been reported in England for centuries. Image Credit: Pixabay / Viergacht
Historic accounts tell the story of two police officers who had a terrifying encounter in Berkshire, England.
According to author and former Berkshire policeman Brian Langston, PC Tom Walters and PC Lucy Palmer had been out on patrol in the early hours one morning in November 2000 when the incident happened.

The pair had been in their patrol car at Windsor Leisure Pool in Stovell Road when their headlights illuminated what they described as an "enormous wolf-like beast."

"It looked too big to be a dog and seemed irritated we had disturbed it," said Palmer.

"It had an odd gait and walked towards the river where it vanished."

It was later discovered that a similar creature had also been sighted 10 years beforehand by another police officer - PC Gail Emptage - who had been on late-night burglary patrol.While cycling along the side of the river, she had caught site of what she initially assumed to be a "large shaggy dog" but which quickly turned out to be some sort of large wolf.

"It was so big that my first thought was that it must be a St Bernard," she said.

"As it loped across the road just 20 feet ahead of me, it was clearly illuminated by the street lighting and I could see it had the appearance of a huge wolf. "

"There was no doubt in my mind it was solid and real."

She even described it as having an "air of arrogance and almost human intelligence" with eyes that "glowed with an intense yellow-green luminosity."

"[It was] nothing like any dog I had ever seen," she said.

Next story >>
Unidentified object filmed over Stechford, England
Recent comments on this story

#6 Posted by Jon the frog 7 months ago

#7 Posted by jethrofloyd 7 months ago

#8 Posted by onlookerofmayhem 7 months ago

#9 Posted by Jon the frog 7 months ago

#11 Posted by jethrofloyd 6 months ago

#12 Posted by Sir Wearer of Hats 6 months ago

#13 Posted by CryptoGirl 6 months ago

Many associate them to Dogman but others have called it in their location Bearzilla. Lousianna has two mixtures of believe of what the Rougarou is but one is of evil spirit and another a werewolf like creature. There are from Dogmen encounters radio different types of Dogmen so interesting listen to. Some believe it possibly a living species of Beardog from ancient times. Out past Buckley WA out away from people in the mountains came across a little stream and around this was wet mud while hiking up a hill. I told my friend someone must have a very large pet dog with them. Then we came across ... [More]

Dogmen, werewolves, chupa etc are folklore creatures of the mind , myths not to be included on lists of possible cryptozoological creatures.

#15 Posted by PugNugget 6 months ago 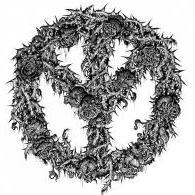 There’s a not dissimilar account on Deborah Hatswell’s map of cryptid/strange sightings, which was Spotted in Crowthorne in 2020 I think?. Whilst a werewolf sounds completely ridiculous, given that Windsor and Crowthorne are on different sides of swinley forest, there could be something going on!

On the forum
Unexplained TV, Books, Film and Radio