Computer models predict the collapse of society by 2040

Are we heading for disaster, or can the collapse of society be averted ? Image Credit: sxc.hu
A prediction from the 1970s has since been corroborated by several independent researchers.
Predicting the future is not an easy thing to do, but by carefully analysing what has happened in the past, it is possible to at least take an educated guess at what might happen in the years to come.

Back in the 1970s, scientists at the Massachusetts Institute of Technology (MIT) combined data from multiple sources concerning population, resource usage and economic factors to calculate the most likely time that modern civilisation will experience a full societal collapse.

The futuristic (at the time) date that they came up with was the year 2040.

While it might seem easy to dismiss their findings out of hand, another study was conducted in 2009 by a completely different team of researchers to determine whether or not the original estimate was still accurate.

Worryingly, they concluded that the original findings were "almost exactly on course some 35 years later.""It is important to recognise that its predictions have not been invalidated and in fact seem quite on target," they wrote. "We are not aware of any model made by economists that is as accurate over such a long time span."

The results were later corroborated a third time just last year by Dutch sustainability researcher Gaya Herrington who found that economic growth could come to a halt by the end of this decade.

Not all is lost, however.

"The key finding of my study is that we still have a choice to align with a scenario that does not end in collapse," she told The Guardian.

"With innovation in business, along with new developments by governments and civil society, continuing to update the model provides another perspective on the challenges and opportunities we have to create a more sustainable world."

#38 Posted by Br Cornelius 4 months ago

This is true, but that short amount of remaining growth will take us over 10billion. We did over 50% of the damage to our biosphere since the 1980's when population grew from 4.5Billion to its current level of 7.8billion (ie nearly double). So if we add nearly the same again by 2040 as projected then the chances of the remaining 50% of biodiversity surviving is slim at best. There has been no moderation of resource depletion since the original model made its prediction. Its actually a really simple model to run compared to predicting the course of global warming which is incredibly complex.   ... [More]

#40 Posted by tortugabob 4 months ago

#41 Posted by spud the mackem 4 months ago

Eventually this is coming, but 2040 seems a bit pessimistic.  The history of climate disaster forecasts over the least 50 years is that they just don't allow enough time for their predictions to happen. The US should reach ZPG about 2050, then begin a long, slow decline in population.  Most of the world should catch up by 2100, but whether that will be caused by population control efforts, better standards of living or environmental crisis remains to be seen. Doug 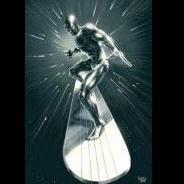 I read the Club of Rome's book "The limits to growth" when it came out in the 70's.  Even then I was alarmed by what I read. I also read "The Population Bomb" around the same time. The science behind the MIT study upon which "The Limits to growth" has been proven to be sound. Of course no such study can completely take into consideration black swan events or anomalous scientific developments (such as practical fusion energy), but the predictions of this study seem to be playing out at the present time. I am much more alarmed at present than I was in the 70's - then 2040 was an eternity away , ... [More]

Ghengis Kahn has the most living descendants.  Was he "least suited to be productive?" Doug

Charles Steinmetz, a hunchback, was an immigrant at Ellis Island.  He could not speak English.  The customs official decided he was retarded and placed him in a group to be returned to Europe.  A friend of his spotted him in the holding cell and through a pick-pocket-in-reverse placed a roll of bills in his pocket.  He then went to the customs official and asked why he was rejecting a wealthy man who spoke five languages (Steinmetz actually did.).  He showed the roll of bills.  Steinmetz was admitted to the US based on his friend's fraud.  After arriving in the US in poverty, Steinmetz went on... [More]

We don't feed all our children and haven't since at least 1980.  Many children in the US go to bed hungry and go to school without breakfast.  We et around rationing by choosing to let this happen.  Yet we have more than enough money and more than enough food.  We lack the balls to vote in the programs. Doug

The major check on human and other populations is disease.  The black death was the last epidemic that actually caused a population reduction.  All covid did was slow things down a little.  By we are providing new diseases with lots of opportunities.  Eventually one of those could precipitate that disaster.  We have already had Marburg virus inside the Washington beltway and we just barely caught ebola in time.  The next killer disease is already evolving in southeast Asia.  Be ready. Doug

The case of the disappearing deer Â– and...
United States and the Americas