The 'prisoner' is to be sentenced to three years in a military camp. Image Credit: Twitter
It's not just human offenders who face a prison sentence for committing a crime in some parts of the world.
The ram, which ferociously attacked and killed 45-year-old Adhieu Chaping earlier this month, was taken into police custody in South Sudan on the basis that it had committed murder.

"The ram attacked by hitting her ribs and the woman died immediately," sad Major Elijah Mabor. "So this is what happened in Rumbek East in a place called Akuel Yol."

"Our role as police is to provide safety and separate fights. The ram was apprehended and currently under custody at a Police Station of Maleng Agok Payam.""The owner is innocent and the ram is the one who perpetrated the crime so it deserves to be arrested then later on the case shall be forwarded to customary court where the case can be handed amicably."

Bizarrely, the animal now faces a three-year prison sentence at a military camp.

Once it gets out, it will be gifted to the family of the victim.

The ram's owner is also expected to offer them five cows as compensation.

<< Previous story
What would happen if you moved at twice the speed of light ?

#8 Posted by Timothy 7 months ago

#9 Posted by Jon the frog 7 months ago

Better for that sheep to not drop the soap in the shower...

#10 Posted by openozy 7 months ago

The ram would love being out of the weather, free meals and protection from predators. I say draw and quarter, I'll take a shoulder.

#11 Posted by Timothy 7 months ago

I don’t think it will survive the three years…

#12 Posted by openozy 7 months ago

Probably last longer than most in an African prison .lol

I think Dodge should rename their trucks, Buck tough.

#14 Posted by newbloodmoon 6 months ago

Well to be fair the truck is called the Dodge Ram, so I say that’s truth in advertisement at it’s finest.

True, but in the commercials they say Ram Tough.

#16 Posted by newbloodmoon 6 months ago

I guess that’s double the warning, Dodge the Ram cause they’re tough or it’s tough. I suppose that depends on how fast the Ram is going and how agile the Potential Ramiee is.

#17 Posted by Autistocrates 6 months ago 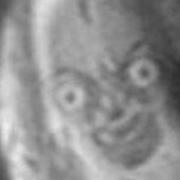 At one time or another, a Dodge Ram had to have a 45 year old elderly woman replace the hood ornament