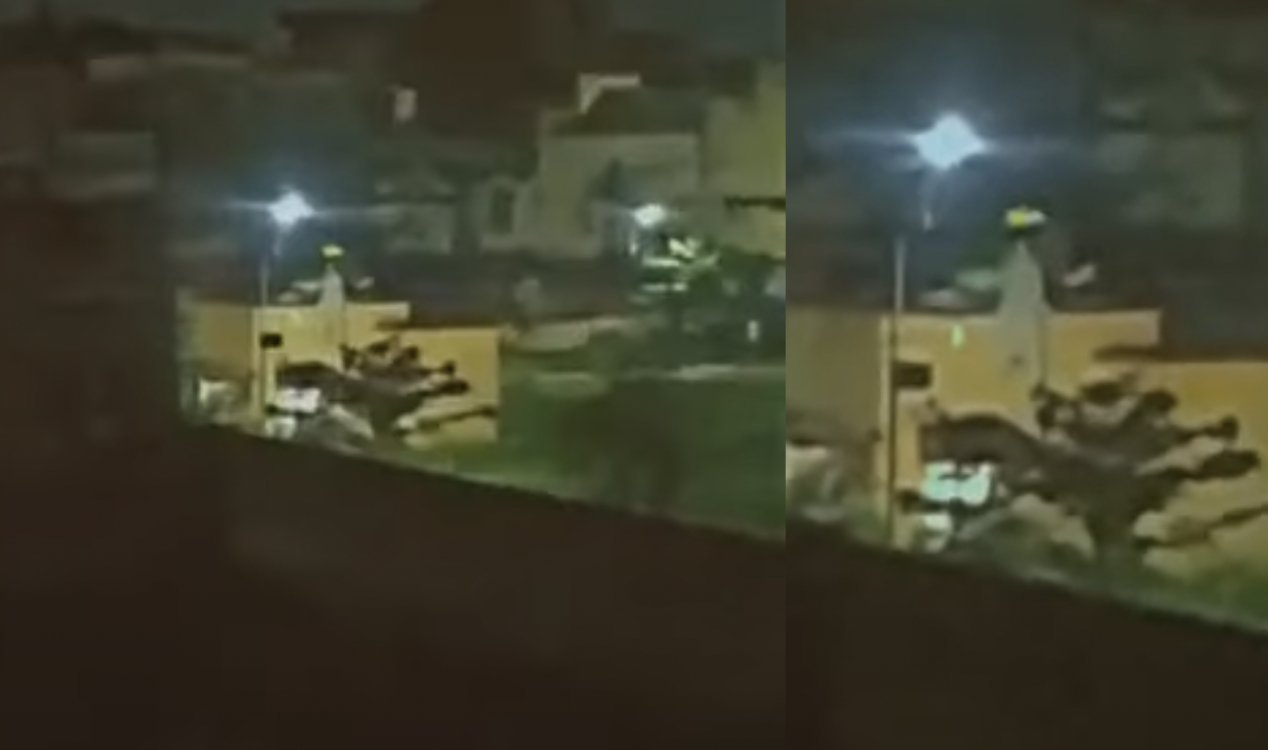 Who or what is this on the rooftop ? Image Credit: Zee News / YouTube
Something has been spooking residents in one part of India and nobody seems to know exactly what it is.
An intriguing news story from New Delhi this week concerns the alleged presence of a paranormal entity that residents of Varanasi have been seeing on the rooftops of local buildings.

The unexplained visitor, which is said to be dressed all in white, has caused so much concern among the locals that some people are now too scared to leave their homes.

It is not particularly unusual for such cases of mass hysteria to strike in some of the poorer parts of the world or where superstitious beliefs are commonplace, but in this particular case, someone has actually captured the alleged spirit on camera and posted it up on the Internet.

The clip, which can be viewed below, is rather difficult to make out, but it does appear to show a white-clothed figure standing (or perhaps sitting) on the edge of a building's roof a short distance away.The figure doesn't really move much - it's just kind of chilling on the ledge around 10 - 20ft in the air.

So could this really be a ghost ?

While some of the locals evidently think so, it seems more likely that this is either a regular person wearing a white sheet or robe, or even just a sheet draped over the edge of the building.

The police have also reportedly registered a case against known miscreants at a local station, suggesting that this might be more of a prank than a case of supernatural intervention.

A suicide man wearing a traditional white Indian clothes who changed his mind when he realise how high it is.

#3 Posted by Wistman 2 months ago

Did I mention how much I love that city?  I dunno about the ghost though.

It may be associated with the bright light in the background?

#5 Posted by moonman 2 months ago

I see a cloth hanging from a building. Doesn't take much to "take the internet by storm" I guess.

Varanasi New Delhi, You will never find a more credulous hive of gulible and naive We must be skeptical.

#7 Posted by newbloodmoon 2 months ago

The only movement that was obvious to me was the camera zoom.

#8 Posted by SecretSanta 2 months ago

police have investigated and say it’s someone playing a prank.

Aw rats, i thought i had my smoking gun proof ghosts exist, shame you posted this before the PG meter rated it 92% likely paranormal, oh well it still might.

#10 Posted by stereologist 2 months ago

I suspect there is lot more than this sole video to get people upset. I think we are hearing only a tiny it of the story. I have spent a little time in India and learned never to say, "I will not be surprised today by what I see in India." It's a superb place to visit because it is so different than what most of us experience. I love India.

#11 Posted by MissJatti 2 months ago