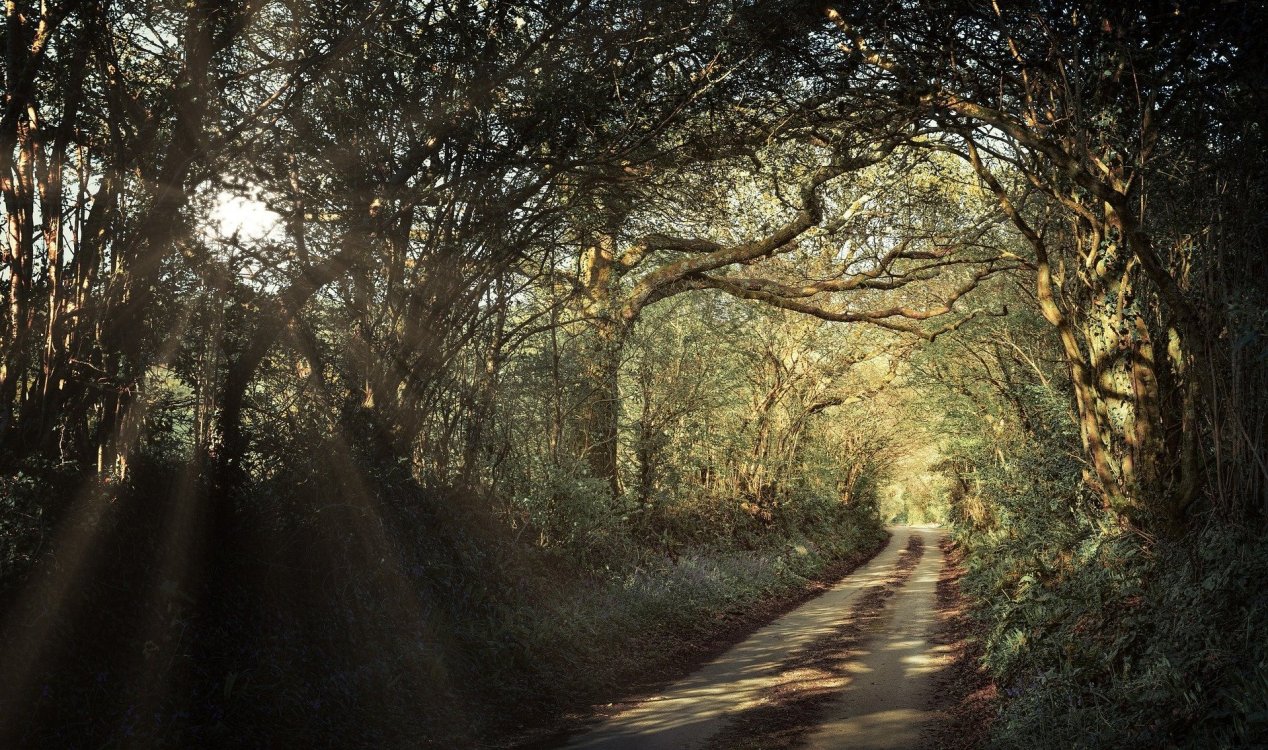 What did Ben encounter in the woods that day ? Image Credit: Pixabay / jplenio
Ben Walgate has spoken out about a childhood experience that developed into a life-long passion for UFOs.
The 35-year-old, who is now an avid UFO investigator who has visited locations across the UK in search of evidence of extraterrestrial visitation, was inspired to pursue his passion for the subject following an experience he had as a young child.

The encounter happened in North Yorkshire when, while returning from a Cub Scout camping trip, the minibus had stopped for a short time to let everyone get off and stretch their legs.

Upon disembarking, Walgate wandered around for a time before making his way into some nearby woods where he spotted a derelict building nestled among the trees.

Curious to see what was inside, he ventured over for a closer look.

What he saw there was beyond explanation - a gangled green 'alien' creature approximately 6ft tall with oversized limbs and a disproportionately tiny head."This thing was out of the ordinary, it looked at me I looked at this thing," he told The Mirror. "It was definitely not of this Earth. It was such a weird vibe. Its head in proportion to its body was tiny."

"It's not like the stereotypical alien with the grey skin and the big black eyes. This thing was more lizard. I'm not saying it had scales, it wasn't snake-like."

"It was just other-worldly, it shouldn't have been walking on two feet."

In later years, he attempted to locate the precise spot where he had seen the creature, but was never able to pinpoint exactly where it was.

He has since undertaken numerous expeditions to local UFO hotspots, such as the North Yorkshire Moors, in the hope of finding something that might help to explain what he saw that day.

"If there are intelligent beings out there, and I'm not saying there are, but it's highly likely there are, if they were coming here for some reconnaissance or research, it wouldn't be difficult in a place like the North Yorkshire Moors to stay hidden," he said.

The obvious:  Possibly a dream of a child that, in time, has become a false recollection.   The surreal: Why, upon encountering this strange creature, did this gentleman automatically alight on UFOs and aliens?  It could be all sorts of weird and wonderful alternatives such as demon, angel, ghost, spirit, cryptoid, etc.

The large Komodo lizards sometimes walks on the two legs. Maybe someone released a pet Komodo dragon, and that's what he saw?

Lizard people? Yea let me get my mud boots on because it’s getting deep in here.

Another story full of holes, lets get past that kids embellish the hell out of stuff and out right lie they believe credulous stuff like santa and easter bunny are real. So he claims as a young child a group of scouts stopped a bus to let kids stretch legs ( unsupervised  ) so this kid goes off on his onesy to find an old building with a lizard creature that could only be in his childhood memories opinion other worldly, yeah, right. He sees this creature yet doesnt call his buddies or supervisor to check it out, yeah, right Then years later couldnt find the location, not a great investagator. ... [More]

#5 Posted by Hankenhunter 2 months ago

I want to add, he didnt say if he and the lizard high 5ed each other, shared a bit o tea or if it didnt anything or if he tried to say "hi" to it, his tale just doesnt wash yet believers get cross with me over it.

#7 Posted by stereologist 2 months ago

Cub scouts are accompanied by their parents on any outing. That is how it works. These are not boy scouts, but cub scouts. This places them in the age range of 6 to 11. The article states "Cub Scout camping trip". This young person is with an adult. The adult is not watching the child long enough for the child to wander into woods and find a safe place to hang out - a derelict building. While off from the parent or parents, this youngster finds an "alien". We also notice that the youngster in the age of 6 to possibly early 11 gives a height, and maybe not scales, and probably a lizard, and we ... [More]

#8 Posted by MissJatti 2 months ago

''the minibus had stopped for a short time to let everyone get off and stretch their legs.'' Not to go wandering off in the wood, for god knows how long for

#9 Posted by tortugabob 2 months ago

The FAKE-O-DELIC Meter is bouncing off 11 on this one.

I was curious why you use the flatwoods monster as your avatar?