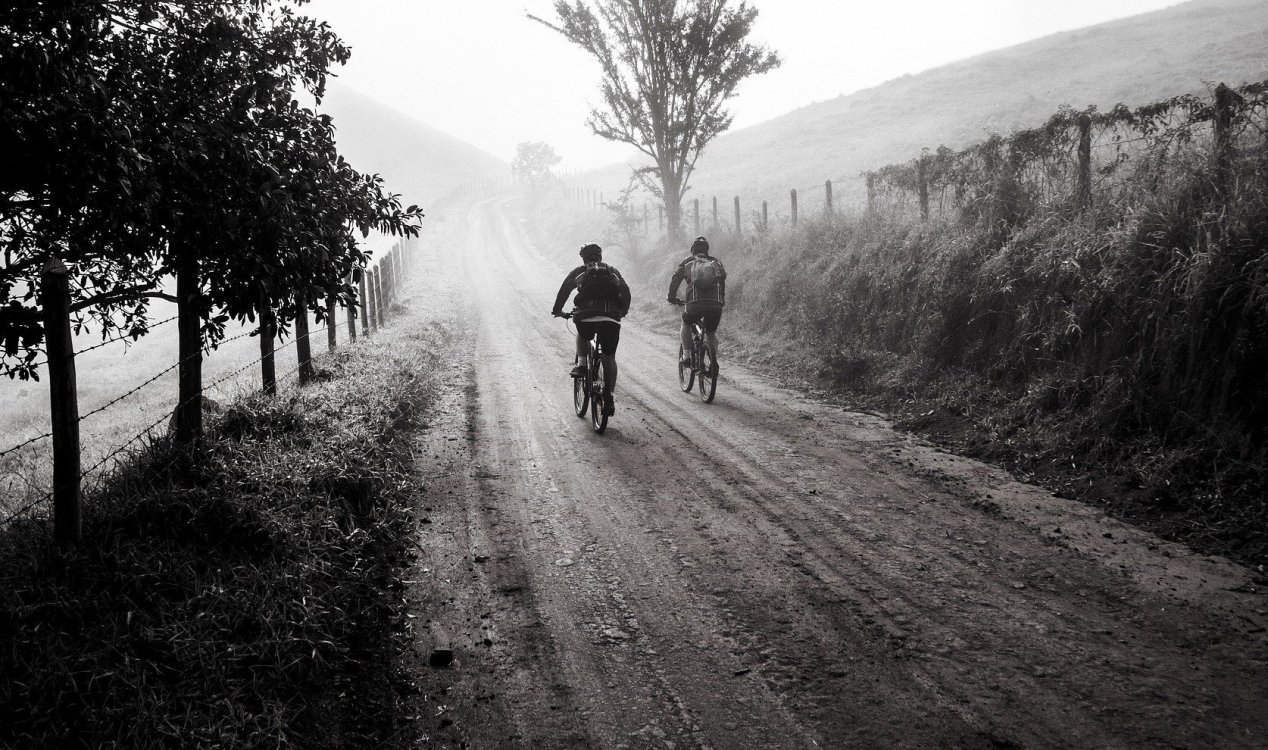 What happened to the men continues to remain a mystery. Image Credit: Pixabay / FabricioMacedoPhotos
The four cyclists, who set off from their homes in Oklahoma last weekend, have since disappeared without a trace.
Police in Oklahoma have been conducting an investigation into the case of four men - Mark Chastain, 32, Billy Chastain, 30, Mike Sparks, 32, and Alex Stevens, 29 - who set off from Okmulgee, Oklahoma last Sunday morning on a bike ride and then never came back.

The circumstances surrounding their disappearance are particularly strange because it is highly unusual for four people to go missing at the same time.

"I can't make sense of the actual set of circumstances because it is so unusual," said police chief Mark Prentice.

"At this point, the evidence tells me I have four missing adults, I have no evidence there's any violence involved at this point, we always consider that a possibility in any missing persons case and we're not discounting that possibility, but not persons of interest."

Only two of the men were thought to be carrying phones and police are currently investigating a salvage yard at which Mark Chastain's phone was last pinged before it went silent.

It is believed that the men had visited two salvage yards and had also stopped off at a gas station.

Officers are currently sifting through GPS data and CCTV footage in their hunt for clues."I know nothing, and I'm feeling lost," said Mark's wife Jessica.

"I'm heartbroken. I'm sad. I have so many mixed emotions and thoughts."

According to new reports, the unidentified remains of four individuals were discovered in a river in Okmulgee on Friday.

It will take some time to recover and identify the bodies.

If these are the missing men, how did all four of them end up dead in a river ?

What could have possibly happened to them ?

I think it all boils down to that one scrap yard.   And if a meth lab was found there timing wise there is no way to hide all the evidence of a meth lab because the police did show up at the scrap yard because that was the last place one phone pinged.   It is also possible that the police will not tell us what really happened because it could be linked to some bigger crime that they are investigating.   I agree it is not normal for 4 men to be murdered and chopped up and thrown in the river, obviously there is an attempt to obfuscate evidence of something.  And if it is a small town, it could ... [More]

#65 Posted by lightly 3 months ago

I had a dear friend that we saw for 7 winters..   I didn’t realize he was a meth head for the first couple winters!   I guess the missing teeth and   Occasionally talking to someone who wasn’t there..should have tipped us off…I just thought he was nuts.     he was so funny and brilliant and such a GREAT guitarist, singer/songwriter..I thought he was just some sort of crazy Genius !!!  Which he was.   He eventually took less and less meth ,and less often, through the years I knew him…and got more ‘normal’      Geoffrey . .”with a G” !     . . my last words to him were   Love ya G

I wonder whether these guys stumbled into some criminal activity (such as meth cooking), and were killed to ensure silence.  Overall this is a strange case, visits to scrapyards at night, etc.  Getting shot and cut into pieces.  I wonder why they were dismembered.  Did the murderer(s) just think it would be easier to hide?  It just seems like a whole lot of gruesome work, with little to gain.  But possibly the murderer(s) were using their product - if they were making anything in the first place. Altogether it's just so strange...

I agree, I haven't heard anything new about this for awhile.

Hi Chiron Could be any number of reasons why they were cut up like the killers may have been of smaller stature and found it easier to move the bodies to the river. A chainsaw would make quick work out of the bodies literally minutes to carve them up.

#69 Posted by susieice 3 months ago

The families have filed a wrongful death suit against Kennedy. They are seeking more than $75,000 for each of them. Kennedy's wife has also filed for divorce seeking all properties owned by them. Are they working together to get her name on them so they are judgement free? The court is protecting assets to compensate the plaintiffs at least for now. https://www.msn.com/en-us/news/crime/oklahoma-quadruple-homicide-wrongful-death-lawsuit-filed-in-case-of-4-friends-dismembered-and-dumped-in-river/ar-AA13sai6 https://www.foxnews.com/us/oklahoma-quadruple-homicide-wrongful-death-lawsuit-filed-case-... [More]

#70 Posted by ouija ouija 3 months ago

Hmm, am I wrong to feel a little bit of sympathy for Kennedy? Maybe he was just trying to protect his livelihood. Perhaps the only thing he did wrong was shooting them before they were on his property.

Hi Ouija From another article it said the 4 men had been talking about a score big enough for all of them. Seeing as how they were riding bikes they wouldn’t be stealing car parts and likely cash or some product like drugs. Not sure the wrongful death lawsuit will be of any value if it is proven that they were there with criminal intent.

#72 Posted by ouija ouija 3 months ago

Early on it was mentioned that the bikes had trailers attached to them, which made me think they were looking for car parts(not sure how valuable they can be), but you're right, the talk of a 'big lick' doesn't really fit in with that.

Hi Ouija A stolen car goes for $3500 so not much of a big enough score for all of them. Some parts for exotic cars are expensive but the thief usually doesn’t get more than 30% of average cost so not likely after parts either. If they were looking at grabbing some bags of money or product the wagon on the bike makes sense as they are not built to haul weight and who knows maybe they brought some b&e tools with them.

Click here to view all 73 comments on this story

What Type of Atheist are You?
United States and the Americas