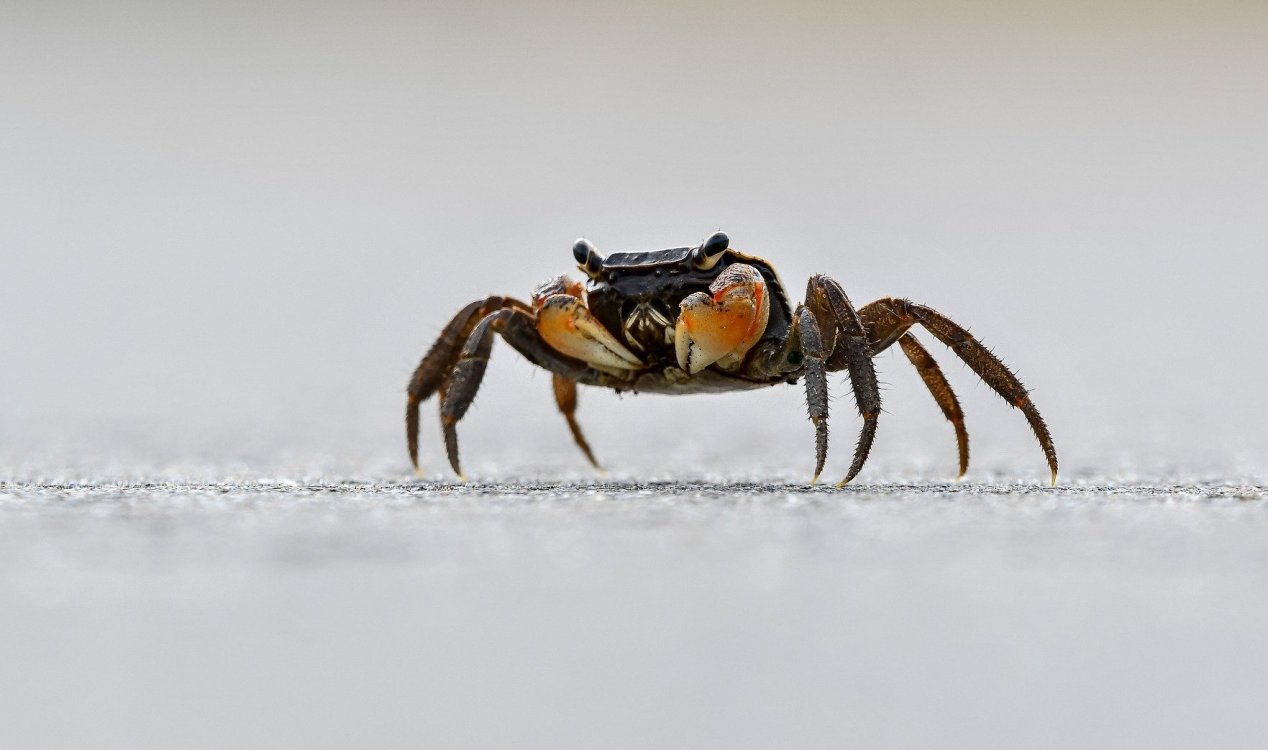 It should go without saying - don't eat live crabs... Image Credit: Pixabay / Johnnys_pic
The bizarre incident saw the man end up in hospital following his unique act of crustacean-based revenge.
The 39-year-old, who hails from Zhejiang in eastern China, had been enjoying a family day out to a nearby river when his young daughter was suddenly pinched by a small crab.

Her father - seemingly blind with rage - became obsessed with 'punishing' the crab for having the audacity to do harm to his daughter and decided that the best way to get revenge was to eat it.

Rather than cooking it, however, he placed the entire crab in his mouth and ate it alive.

For a time, he seemed no worse-for-wear, but then two months later he started to develop intense back pain and ended up having to go to the hospital."We repeatedly asked him if he had ever eaten game, or anything unusual, anything that could cause allergies," said one of the doctors. "He said no to all."

It wasn't until his wife volunteered the story about the crab that the truth of the situation was realized - eating the crustacean raw had infected him with at least three types of parasites.

Fortunately, following a course of treatment, he went on to make a full recovery.

It's unlikely that he will be 'punishing' any more crabs in future, though.

#5 Posted by qxcontinuum 1 month ago

Very good I wish he was more ill, this is how covid started dammit....

#6 Posted by Myles 1 month ago

You wish he was more ill?    Seems like a crappy thing to do.   While he did a stupid thing, it doesn't mean he is a bad guy.   He should have just crushed it or tore it apart.

That guy is in for some anger-management therapy.

Looks like the crab got in the last blow...

I can pretty much guarantee you that COVID didn't start with a crustacean.

#10 Posted by qxcontinuum 29 days ago

Well then if another kid bites his daughter while playing, would he eat the kid too? What's the difference if he had anger issues?

What's the difference between a crab and a child?   If that needs to be explained to you then something is not right in your head.

He might you never know who lives or is walking through your neighborhood, there certainly are cannibals roaming around out there!

No actually he is a dumb ass, anyone who attacks a living sea creature ( except for Octopus because they taste better if you eat them live  ) with his teeth out of anger certainly has a screw loose!

I agree it was a dumb thing to do but I don't hope he got more ill because of it.