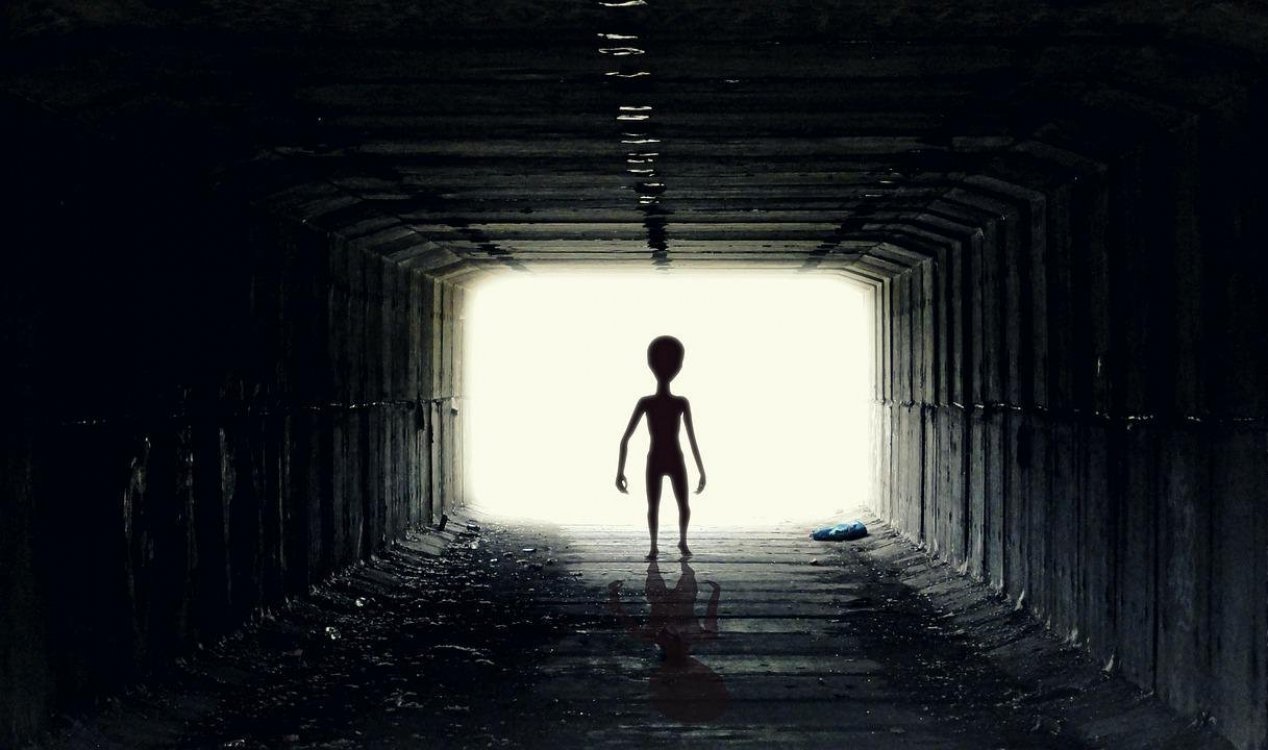 Could video evidence of the alleged alien visitor be released to the public ?
Footage allegedly captured during a UFO incident in Brazil in 1996 is rumored to be in line for release in the near future.
Known as the Varginha incident (or 'Brazil's Roswell'), the event itself began in January 1996 when a number of people reported seeing a strange cigar-shaped object falling from the sky.

"It looked like a washing machine struggling, fighting to keep its altitude," witness Carlos de Souza said during an interview recorded shortly afterwards.

"The side of it was completely torn and it had white smoke coming out. It wasn't black smoke like from a fire. At the time I thought it was like an aircraft in trouble, an airplane, so I decided to follow it."

When he arrived at the crash site, he observed a large amount of debris and a strong smell of rotten eggs seemed to fill the air. As he explored further, he realized that this was no airplane.

"[The debris] looked like it was aluminium," he recalled. "I took a sheet. I took a small piece, it was very light. Crumpled it, but when I released it, it went back to its original shape."

Before long, several military trucks arrived and the entire area was cordoned off.

What followed was what can only be described as a Roswell-style coverup, with armed soldiers searching the area, patrolling the streets and threatening witnesses.As if that wasn't enough, reports started to emerge of a strange creature that had been sighted in the town - a being of around 4ft in height with oily skin, a large head and red eyes.

"I looked in its eyes and saw that it was frightened," one of the witnesses recalled.

"Just as I was frightened, the creature was also frightened. I saw that it was scared of us, so it was an exchange of fears, its and ours."

"What we saw wasn't human."

The same creature was reportedly seen again around 3 hours later by two military police officers. One of them actually managed to capture it and the pair took it to a local hospital.

It has been alleged that a 35-second video clip of the creature was recorded at the time.

Filmmaker James Fox, who created a documentary about the incident called Moment of Contact, has since indicated that the footage does actually exist and could even be released in the near future.

"I have personally spoken to three witnesses in Brazil that claim to have seen photographic evidence â€” both video and stills," he said during a Reddit interview.

"There will be details coming soon... very soon."

#2 Posted by jethrofloyd 1 month ago

It will be very interesting to see that footage. It was a quite intriguing UFO case. I hope we will not be disappointed.

#3 Posted by Dejarma 1 month ago

Hope? For what?  deep down you know what the outcome will be- we all do

#4 Posted by astrobeing 1 month ago

I hope they are rewarded financially for digging up "footage" from something that happened almost thirty years ago.

#5 Posted by DreadLordAvatar 1 month ago

#6 Posted by qxcontinuum 1 month ago

That this is bad press.  When you truly want to release something of a sensitive nature that has been censored by government and military,  you just do it,  you don't announce it ahead of time.   Like many other news out there there's nothing going to come out from this but silence.

#7 Posted by Trelane 1 month ago

I can't wait to see this nonsense. I need a good laugh.

I call it bull****, If it was so convincing then release it why announce it like an upcoming movie. Why are film makes almost always involved in UFO issues ?

#9 Posted by Amorlind 1 month ago

#10 Posted by jethrofloyd 30 days ago

When will this footage be released?

Have patience. The alien autopsy footage wasn't released until almost fifty years after it happened.