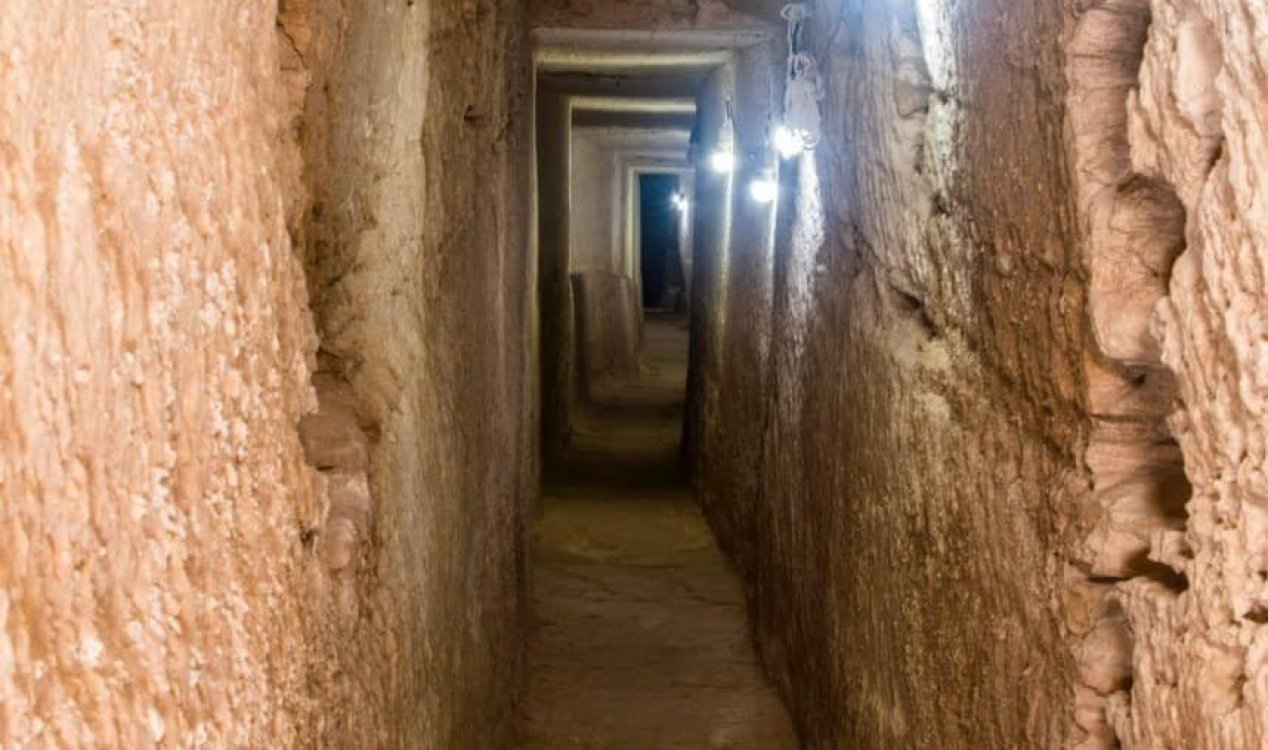 Parts of the tunnel were submerged in water. Image Credit: Facebook / Ministry of Tourism and Antiquities
Archaeologists have unearthed one of the most important discoveries of recent years - a huge tunnel beneath a temple in Egypt.
Situated 43ft beneath the Taposiris Magna Temple in Egypt's Alexandria region, the enormous tunnel is 6ft high, stretches for 4,800ft and has been described by experts as a "geometric miracle".

Most interesting of all, however, is the possibility that this tunnel might lead to the final resting place of Queen Cleopatra which, if true, would be one of the greatest archaeological discoveries of all time.

Archaeologists had long suspected that she might be buried beneath the temple.

"Cleopatra negotiated with Octavian to allow her to bury Mark Antony in Egypt," archaeologist Kathleen Martinez told National Geographic."She wanted to be buried with him because she wanted to reenact the legend of Isis and Osiris. The true meaning of the cult of Osiris is that it grants immortality."

"After their deaths, the gods would allow Cleopatra to live with Antony in another form of existence, so they would have eternal life together."

The tunnel has already yielded a number of smaller artefacts such as pottery found beneath mud sediment and coins bearing the face of Cleopatra herself.

If her tomb really is hidden somewhere within this subterranean passage, it might not be long before it is found.

Is this the key to Cleopatra's tomb? Experts find 'miracle' tunnel at Egyptian temple in the hunt for long lost queen's final resting placehttps://t.co/ymKNAjIvuP

#1 Posted by DreadLordAvatar 24 days ago

Very exciting but the sad thing is it has already long been explored and looted before releasing to world press.  All discoveries are marred by corruption and secrecy there.

That would be awesome if they found her. I wonder if they will find evidence she was murdered. There were so many battles for the throne back then.  And I learned something new - Cleopatra was the last Pharoah.

#3 Posted by DieChecker 19 days ago

Very interesting. Was just reading about this. They found around 1500 artifacts, including a few golden items. The tunnel is more then a kilometer long. Which is crazy if it is still mostly intact.

With NetflixÂ’s Ancient Apocalypse, Grah...
United States and the Americas