Are dogs predominantly left- or right-handed ? 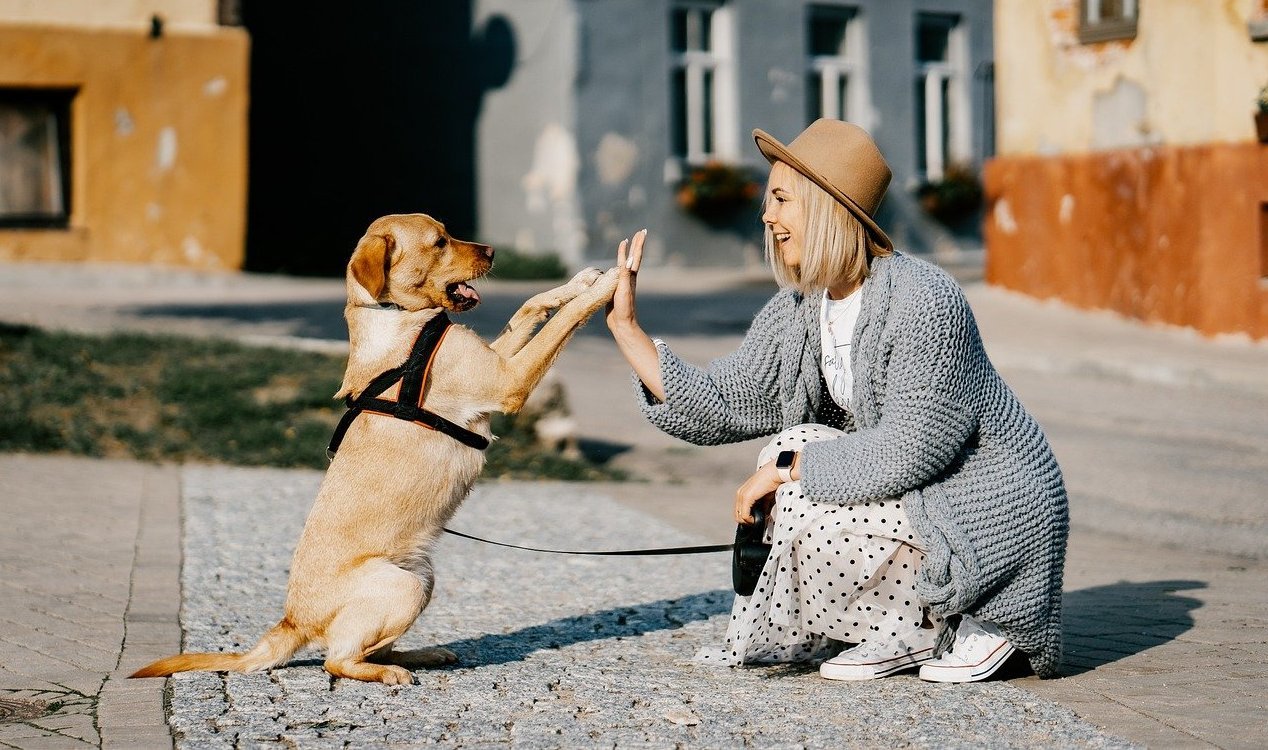 Is your dog right-pawed ? Image Credit: Pixabay / ZigmarsBerzins
Most of us write with either our left or our right hand, but is 'handedness' also a thing in the animal kingdom ?
The vast majority of people use one hand or the other for most things - and for nearly 90% of the human population this is the right hand. Some 10% to 13% of humans are left-handed, with men being three times more likely to be left-handed than women, though very few people are ambidextrous.

Until relatively recently, it was assumed that "handedness" was unique to humans, but studies of animals suggest that "handedness" may be a fundamental feature of all mammals. What is less clear is how this is displayed in animals and whether this is the same as human handedness.

A wide array of tests have been developed in an effort to determine whether the domestic dog displays any evidence of preferred paw use. Tasks have included stabilising a toy, reaching for a food treat placed inside a container, or removing an object - such as a blanket or piece of sticky tape - from the animal's body.

Other indicators include recording the first step taken to walk downstairs or the paw given to a person upon request.

Findings from studies using these tasks differ to some degree, although a recent meta-analysis concluded that, overall, dogs are more likely to be paw-preferent than ambilateral (what we call ambidextrous when talking about humans) - or to display no favoured paw.

But, unlike in humans, paw preference appears to be roughly evenly split. Handedness in dogs is therefore specific to the individual, rather than the population.

Importantly, studies point to differences in paw use between tasks, with limb use dependent upon factors such as task complexity. For example, the commonly used "Kong ball" task, which requires the animal to stabilise a conical ball, generally yields a roughly equal number of left-pawed, right-pawed and ambidextrous responses.

By contrast, the "giving a paw" task, an exercise that involves a component of training and repetition, generates considerably more paw-preferent, than ambidextrous, responses.

Several studies point to strong sex differences in canine paw preference. Female dogs are more likely to be right-pawed, while males are more inclined to be left-pawed. This sex difference has been unearthed in other non-human species, including the domestic cat.

Why male and female animals should differ in their paw use is still unclear, although explanations include hormonal factors and differences in brain anatomy.

The link to animal welfare

While it can be great fun trying to find out if a pet dog is a leftie or rightie, establishing an animal's side preferences could also be important from an animal welfare perspective. This is because paw preferences can give us an insight into the emotions an animal is feeling. As in humans, the left side of a dog's brain - which controls the right side of its body - is more concerned with processing positive emotions. By contrast, the right side of a dog's brain - which controls the left side of the body - focuses more on negative emotions, such as fear or anxiety.

Assessing which paw a dog is using can therefore give us some insight into how that animal is feeling. A dog that uses its left paw to undertake a task, for example, might be experiencing more negative emotions than the individual that employs its right paw.

Studies have recently unearthed a relationship between paw preference and emotional reactivity in dogs. Our research points to left-pawed dogs being more "pessimistic" (in this case being slower to approach an empty food bowl placed in an ambiguous location on a cognitive bias task) than right-pawed or ambilateral animals.

We have also found evidence of a link between canine paw preferences and personality, with ambilateral dogs scoring higher for traits of aggression and fearfulness than animals with strong paw preferences.

This may have implications for animal training. Indeed, there is some evidence that paw preference testing might be a useful predictor of which dogs go on to become successful guide dogs.

Assessing paw preferences may also serve to identify vulnerable individuals in stressful situations. For example, left-pawed dogs have been found to display greater signs of stress in rescue kennels than right-pawed animals.

At this stage, it would be foolhardy to rely only on paw preference testing as a measure of animal welfare risk. However, it has the potential to be a useful tool, particularly if considered alongside other welfare tests or employed in conjunction with other measures of asymmetry, such as tail wagging, sniffing behaviour and hair direction.

For example, dogs typically wag their tails to the left (indicating more positive emotions) when they see their owners, but to the right (suggesting more negative emotions) when they view an unfamiliar dominant dog. Further work in this area will not only help to develop our understanding of canine cognition, but will allow us to better look after and appreciate man's best friend.

I hate to be a pedant, but dogs don't have hands. They have paws.  Such an obvious factual error does put something of a crimp in my appreciation of such research.

Maybe some are right pawed and some are left pawed.