Image Credit: sxc.hu
This story was submitted to the site by Charles Thomas from Fife.
Hi, I've been a follower of this site for a few years and have had some odd experiences in the house I have lived in for the past 10 years. I have dismissed most of them as imagination or natural occurrences but there's been a couple of recent ones that I can't really explain.

In the past I've heard knocking noises, voices and shadows out of the corner of my eye but thought it was just either noises from neighbours or the street outside or my imagination. Since my daughter was born 5 years ago there have been other odd things happening.

The lady who lives in the flat downstairs once asked me who was in our house when we had gone out for the afternoon. No one, I told her. She said she thought we had builders in as there was so much noise coming from upstairs. Another time she asked me if I had been dancing at 6am as there was again a lot of noise coming from upstairs. I said no, I didn't get up until 7am and hadn't heard a thing. My wife also asked me one day when she was feeding my daughter as a baby in the bedroom what I had been doing in the attic as she heard me walking around and moving things. I had been in the sitting room all the time and hadn't been in the attic.

Anyway, the two recent things that have happened are 1.a few weeks ago my daughter told me she heard a young girls voice say "hello" to her when she was in the bath and I had gone to get her a drink of water from the kitchen and 2. I went to the bathroom today and closed the door when it flew open again about 10 seconds later.

There were no windows or doors open anywhere else in the house to cause this and hardly any wind outside anyway. I really am beginning to think that maybe something weird is going on after all. Thanks for reading.

Next story >>
Ghost keeps trying to talk to me ?
Recent comments on this story

#1 Posted by papageorge1 5 years ago

Hi papageorge1, thanks for the comments. I'm beginning to think this too. I've been in the house for about 10 years - its quite old and was built in 1875 - so theres quite a bit of history in the place. I have an open mind on these matters but I usually try to debunk any occurences by either considering any normal background noise from the street or neighbours etc and also by trying to emulate the experience. For instance when the bathroom door flew open last week (quite dramatically) I immediately checked for any open windows or doors that could cause the wind to blow through and open the doo... [More]

#3 Posted by ChaosRose 5 years ago

Whatever you believe it is, it's scaring your daughter. You don't have to tolerate that. Do a banishment from your belief system. If you don't know of any, you could do the basic LBRP.

Hi ChaosRose, thanks for the advice, I will certainly look into performing a banishment based on what you suggested. Charles Thomas.

#5 Posted by ryanltzw 5 years ago 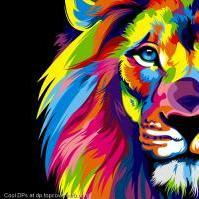 Not to be a skeptic, but I always try to believe in logic as much as I can. Personally, if there is any other plausible reason for the occurrences, you might want to explore that first.  However, if you really can't find another possible reason for what's happening, I suggest either calling a spiritual specialist in your own religion or move houses. If it really happens to be something supernatural, it's not an environment you want your daughter growing up in.

#6 Posted by XenoFish 5 years ago

Even with a proper inspection a house that old is going to have issues. A few of the things in the article can be explained by this. Auditory hallucinations and a child's imagination can account for hearing voices, plus sound travels and unless that place has sound proof insulation in the walls. That might also explain the voice.

Norns as in cause and effect.
United States and the Americas