I saw a strange man

Image Credit: sxc.hu
This story was submitted to the site by Unknown666 from Croatia.
Today me and my friends were hanging out near the city cemetary. We were laughing and goofing around.

Me and my two friends got up and started walking back home. There were no people in that area. We turned around to see where others were and turned back around in 5 seconds.

Suddenly a crouching man was maybe 5 meters away from us. He had no t-shirt only black pants, he was pale and he had blonde hair. He was holding his face with one hand and held phone with another. There were 2 guys running away from him with something that looked like a t-shirt(I don't really know). My two other friends started running towards others. But i stood there and stared at that man as he stared at me.

Suddenly he had a huge brick (that he had to hold with both of his hands) and he started walking towards me. I ran towards the others and told them what happened.

Not 20 seconds later my other friend ran towards the location where we saw that man. There was no one there. No man, no brick, no anything.

I cannot really explain it. Maybe its just something we imagined but how could he appear out of nowhere? 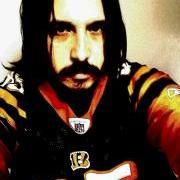 I don't think this was paranormal. I think it was just "a strange man" probably doing something he wasn't supposed to..

#2 Posted by papageorge1 4 years ago

To me, multiple people sightings are pretty resistant to the dismissive 'imagination' theory. I've heard enough quality cemetery stories to believe the paranormal does occur there more frequently than a random place.

#3 Posted by jbondo 4 years ago

Sounds like the guy got jumped and robbed. He then called 911 and when he saw you, he thought you might be one of the people who attacked him and since you were alone, he got brave enough to come after you. Sounds feasible, huh?

#4 Posted by moonman 4 years ago

I don't see how that story is paranormal at all. Guy gets jumped, defends himself for a second then splits.

#5 Posted by EsotericScience 4 years ago

I love hanging out in old cemeteries & always wonder if I'm looking at a ghost when I see other people. I've never seen a transparent apparition, they've always been solid as if they were a living person so I'd bet there are tons of people who've seen a ghost & didn't even realize it.

#6 Posted by katelynn williams 4 years ago

yep it was just a strange man

#7 Posted by katelynn williams 4 years ago

um why would you be in a cemeteries tha ****

#8 Posted by Hankenhunter 4 years ago

Hilarious. Kids get all amped up to bravely visit the the grave yard, and scatter like chickens over nothing.  Hank