Image Credit: To cynics and skeptics that never heard of the ‘mystic’ qualities of ANAGRAMS, it will be a hard-sell that rearranged letters are anything more than coincidences. There actually exists an ancient history/heritage to anagrams that is worthy of research to those unaware of the true nature of anagrams! ‘Anagrammatism’ is a real word and pertains to the act or practice of making anagrams. One example is Plato and his followers believed anagrams revealed a person’s ‘divinity and destiny.’ Galileo and Nostradamus were known for hiding their controversial ideas inside anagrams. Before we lay out more background for those who have never heard of the concept…let us ask…can anagrams predict the future? Are transposed letters clairvoyant prognosticators of what is to come? Do not be surprised to find that anagrams are a little-known device. They have a wonderful quality of TRUTH! Anagrams could be a ‘collective consciousness.’

We have heard of crystal balls, tea leaves, pendulums, divining rods and other methods of gathering information or looking beyond. To those readers who are aware of the strange side to anagrams, an Anagram-Mysticism, they might view the following with more interest…

This writer has spent years studying the oddity of anagrams. You can Google ‘Secret World of Anagrams,’ an on-line article. You also can visit my website and click ANAGRAMS.

The reason for the article, at this particular time, is because:

Today, Tuesday, March 11th, 2008, in the early morning hours…Space Shuttle Endeavour was successfully launched. In researching (compiling) a new anagram manuscript called ‘Politanagrams Uncensored!,’ the next anagrams were discovered. Here is a small excerpt from the manuscript:

Could anagrams spell out warnings of real catastrophes for our Space Program? They already have. Notice the above anagrams for Challenger. The Shuttle Challenger exploded 73 seconds into its flight on January 28, 1986! The crew of seven died over the Atlantic Ocean, off the coast of Florida. Anagrams here point out the ‘ascent,’ which was when it happened.

Examine the anagrams for Columbia. Words such as ‘mishap,’ ‘locate clues,’ ‘chaotic tumble’ and ‘U.S. pales’ provide clear descriptions of the disaster. On February 1, 2003, the Columbia Shuttle disintegrated over Texas during re-entry into the atmosphere. The seven deaths of the crew delayed the Space Program for more than two years. One anagram vaguely suggests a ‘comet’ was responsible.

Space Shuttle Endeavour = so, the capsule adventure
leaves Cape, thunders out!
capsule tour, SEVEN-DEATH!
so cluttered-up a heavensEndeavour is one of only three operating shuttles in the entire United States fleet, along with Atlantis and Discovery. Do we have an ominous tragedy looming over this particular spacecraft? ‘Seven-death’ on a ‘capsule tour’ appears to be a waiting disaster in the future! Will the ‘heavens’ be ‘cluttered-up’ by an explosion? On March 11, 2008, the Shuttle Endeavour has successfully achieved its 25th rendezvous with the International Space Station. Will the present mission end in disaster or could that occur in the future? Anagrams seem to be aware of tragic fates associated with certain spacecraft.

Space Tourism = I come up stars

The present Endeavour mission, at the time of this writing, is to be the ‘longest Space Station mission ever.’ It is a 16-day voyage that includes the building of a robot and future lab room. The Japanese Space Agency has onboard a science module named the Kibo (‘Hope’) Lab and one of their astronauts. In May, the next Shuttle mission will complete the Kibo Lab.

Examining the background information for the book, this writer had to check (or refresh memory)…was Endeavour one of the shuttles that blew up? The answer is NO. In fact, the very day that this writer Googled ‘endeavour’ was the day that it went up! Today is March 11, 2008.

To be short and sweet, we discover that the letters ‘space shuttle endeavour’ also have this IMPENDING DOOM hanging over it! Endeavour has not ended in disaster (as yet) in its current 25th mission to the ISS.

Like a 4-lined quatrain of Nostradamus, we have what appears as a clear story. Check the letters, they are anagrams. Also, check your anagram-history. Something very peculiar is going on with transposed letters. A little research in this area will confirm the bizarre and intuitive nature of anagrams. Modern software programs (such as ‘Anagram Genius’) generate thousands of anagrams at the touch of a button!

From everything anagrams have taught this writer over the years, the third alternative of an unharmed Endeavour will not happen.

And it's because I don't believe the anogram stuff that I'm freaked that it happened. It caught my attention 'cause now I want to make my own crazy ones. I just don't know what kind of anogram I want though. 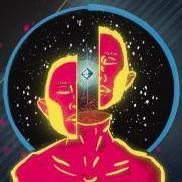 You know MID has a point, these anagrams were made after the incident happened, by rearraging letters, that makes it loose all it's credibility in my opinion.

What will you make from my sentence The Bla Bla Blah? The point is that you can do whatever you want from any senetence, name etc from all languages in the world. But it does make any sense, logic at all?

#14 Posted by Aristocrates 15 years ago

Eleven plus two. Twelve plus one and they each consist of 13 letters zOmGzz =p IMO it takes a special kind of idiot to give credibility to anagrams however "mother-in-law" does get me thinking...

Eh, with enough letters you can rearrange them into practically anything, especially if you're looking out for certain words and phrases.

Lets see... I plug in "cassini probe" (one of our most successful probes ever) and lets see what i get: Everything from the random: "Rapes bionics" "Spacer bison" "A Cribs Ponies" "Scabies I porn" "Carbon Pie Sis" "Bare coin p***" "Rabies pic nos" (these are the majority) To the auspicious: "Basin Ice pros" (some new discovery?) "Basin pics ore" To the not so good sounding: "Bane crisis op" "brain epic SOS" "Basin corpse I" I put in "voyager two" and I get "Grave toy ow" - not that good for a ship thats been transmitting for three decades "ya grove wot" and putting in "president bush" i get: "... [More]

Perhaps someone could try doing anagrams for words (space shuttle endeavor) in other languages and see if it works out in a similar manner. So for example use French, Spanish, Japanese and so on and see what happens. I'm not about to try this as I don't have time but someone else might be keen on doing so. I'm interested in the results.

Mystery as flock of sheep in China walk ...

Investigators identify the owner of a fo...
Other World News