Are black project aircraft being flown over the US ? Image Credit: sxc.hu
A dark triangular object caught on camera over Texas is thought to be a classified military plane.
While some have argued for years that pictures and sightings of UFOs could be attributed to test flights of secret black projects and prototype military aircraft, one particular object caught on camera over Texas this week seems to fit the bill more than most.

The grainy images show a dark triangular craft in the skies over Amarillo leaving a set of white contrails behind it. One of the pictures was taken by UFO enthusiast Steve Douglass who also picked up accompanying radio chatter suggesting that the object was manned.A second black and white picture of the aircraft was taken by Dean Muskett. ( see below )


"Classified programs have been exposed in all sorts of ways - for example, the A-12 Blackbird was disclosed under a degree of pressure," said Aviation Week's Bill Sweetman. "It's not merely logical to expect that numerous classified aircraft programs exist: it's almost a necessity."

Larger versions of both images can be viewed - here

<< Previous story
First ever bionic Olympics to be held in 2016

#52 Posted by DONTEATUS 9 years ago

It very well could be the Aurora ! THey might of worked thru the fuel problems,the ones that were Killing the pilots !

#53 Posted by Pericynthion 9 years ago 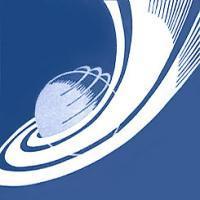 But surely to change the aircraft's silhouette that much, we are talking about maybe a 20-30 degree change in angle (no, obviously I haven't done the modeling to get that dead accurate.. perhaps I should!) The contrails in both seem reasonably straight, so that suggests that the maneuver must have been close to orthogonal to the viewer - which is an interesting coincidence... In my experience as a bit of an aircraft watcher myself, it all seems a bit odd. I'll concede that most of my experience is with commercial flights at those altitudes, and they don't generally do maneuvers like the one he... [More]

#54 Posted by Pericynthion 9 years ago

This thread was merged with another but the title is misleading. The aircraft in question has NOT been identified as a "secret military aircraft" or anything else, it is a mystery aircraft that could be flown by a contractor for research purposes, a UAV, a known aircraft at a strange angle etc. etc. The source is Aviation Week which can generally be trusted. Very good points, Merc14. The fact that this appears to be THREE of the same aircraft in formation is an interesting twist. Will be curious to see where this story goes.

#55 Posted by DONTEATUS 9 years ago

Anyone have more pic `s ? Its fun going out to West Texas and just watching the B1`s

#56 Posted by bigjonalien 9 years ago

Son of blackbird! But why with the tr3b?

#57 Posted by DONTEATUS 9 years ago

I would think they would be Flying the New toys in Nevada !

#58 Posted by Calibeliever 9 years ago

I wouldn't be surprised if they have fighters and bombers drones that can go into space like the shuttles. Funny, I've been thinking the same thing for a while. I think there's a reason we haven't been publicly pursuing a new shuttle program and have been encouraging commercial space ventures. I think we have, or are near having, hyper atmospheric capability. Wouldn't surprise me a bit if in a few years they de-classify a plane that can hop back and forth to the ISS.

#59 Posted by Sweetpumper 9 years ago

Could it be the SR-72? Aviation expert claims mysterious object photographed flying over Texas is spy plane designed to cross the country in less than an hour http://www.dailymail.co.uk/news/article-2594839/Could-SR-72-Aviation-expert-claims-mysterious-object-photographed-flying-Texas-spy-plane-designed-cross-country-hour.html

#60 Posted by Colonel Rhubarb 9 years ago

I'd like to think that they'd resurrected the XB-70 Valkyrie. Now there was a plane.

Click here to view all 60 comments on this story

US judges took millions in bribes to sen...
Spirituality, Religion and Beliefs