Can a mystic predict what will happen next year ? Image Credit: CC BY-SA 3.0 NikoLang
The blind Eastern European psychic, who died in 1996, made numerous predictions about major world events.
Born in Bulgaria in 1911, Baba Vanga spent most of her life in the Kozhuh mountains and was renowned the world over for her prophetic predictions about the future.

While a great deal of skepticism has always surrounded the accuracy of these predictions, many people remain adamant that she had successfully foretold a wide range of major global events.

This prediction from 1989, for instance, was later thought to be about the 9/11 terrorist attacks:

"Horror, horror! The American brothers will fall after being attacked by the steel birds. The wolves will be howling in a bush, and innocent blood will be gushing."Vanga, who became known as the 'Nostradamus from the Balkans', has also been credited with predicting Brexit and the inauguration of President Barack Obama.

For the year 2018, her predictions suggest that China will overtake the US as the world's next super power and that a 'new form of energy' will be discovered on the planet Venus.

Intriguingly, a NASA spacecraft that will visit the Sun's corona is due to launch in 2018 and although it will not land on Venus, it will use the planet as a gravitational slingshot to help it reach its target.

Whether it will discover anything interesting while it is there however remains to be seen.

The dates were supplied to Baba Vanga by her higher power. She accepted whatever dates she was given. You can blame her higher power for being devious and obscure.  Example: "2028: Mankind will fly to Venus, in the hope of finding new sources of energy"  Venus is called the morning star. Christ calls himself the "bright and morning star in Rev 22:16.  Interpretation: In 2058 many millions left from WWIII will flock to Christianity to receive spiritual gifts and experiences, and be cured of diseases by spiritual healers, because of a new spiritual outpouring resembling a second  Pentecost.

#35 Posted by Sir Wearer of Hats 5 years ago

You kknow who else was called “Morning Star”?  Hint ...

#36 Posted by badeskov 5 years ago 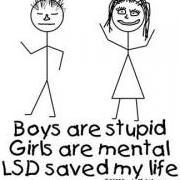 I find her predictions very interesting. Especially how far reaching they are into the future. We won't be around to witness the end of the earth but it is a strong possibility that we will colonize another habitable planet. The predictions about space exploration & bringing a deadly disease back are both intriguing & unnerving....if they are indeed her predictions.

#38 Posted by badeskov 5 years ago

#39 Posted by Nostrodumbass 5 years ago

Prophecies are too vague and complicated.

#40 Posted by Vangaapprentice 3 years ago

Well, ild like to go further with this. Baba vanga predicted that Obama would be the last American president, and a alien invasion would happen right now. What I think is the alien invasion maybe the "immagrant invasion" and as the media hypes, is the alien invasion. You have to think outside the box when it comes to predictions. And I know there will be those who argue this, but Trump is not your normal president. I believe he is something more than a president, like a czar or a ruler, a dictator. And this may set the stage for others to follow him to do the same, in fact the technical term o... [More]

Wow, I had not heard about "the last American president" in ages.  It was supposed to be Bush before it was Obama.  If an alien invasion happens, I think it already did.  Just look around, aliens everywhere (and I am not talking about illegal immigrants, I am talking about zombies that don't know what planet they are on). Only Trump thinks of himself as being emperor and he seems to think he is emperor of the world, not just one country.  If the law allowed he would be a dictator, luckily we still have some of our laws to protect us.  And he will be out of office either next year or 4 years fr... [More]

#42 Posted by stereologist 3 years ago

Baba Vanga is as good as anyone making predictions - they stink. Clearly, Obama was not the last US president.  The economic collapse in Europe has not happened. So far no assassination attempt on Putin. In the past she predicted WW III happening in 2010 and lasting 4 years or so.  Her predictions seem to be the same from year to year.

Rebekah the Ghost Guide
United States and the Americas