Did a mystic predict Putin's rise to power ?

Did a blind mystic predict Putin's political success ? Image Credit: CC BY-SA 3.0 kremlin.ru
During a meeting in 1979, blind mystic Baba Vanga allegedly predicted that Putin would 'rule the world'.
Vanga, who was born in Bulgaria in 1911 and died in 1996 aged 85, spent most of her life in the Kozhuh mountains and was renowned the world over for her prophetic predictions about the future.

While a great deal of skepticism has always surrounded the accuracy of these predictions, many people remain adamant that she had successfully foretold a wide range of major global events.

Now following the news that Vladimir Putin had won a further six years in office in Russia this week, it has emerged that one of Vanga's past predictions may have eerily foretold of this very eventuality.She made the prediction back in 1979 during a meeting with writer Valentin Sidorov.

"All will thaw, as if ice, only one remain untouched - Vladimir's glory, glory of Russia," she said. "Too much it is brought in a victim. Nobody can stop Russia. All will be removed by her from the way and not only will be kept, but also becomes the lord of the world."

As always however, the significance and accuracy of her prediction remains open to interpretation.

Did a mystic predict Putin's rise to power ? no

#25 Posted by ChaosRose 4 years ago

It's probably just propaganda she was paid to put out there.

i don't really care how & why... people cannot predict the future

#27 Posted by Scrunchkruckets 4 years ago 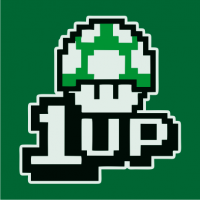 I doubt Putin has enough *power* to rule the world. I think he's  a good enough president though. I have watched his speeches/debates and he seems to have his head screwed on.

Just mind you don't get in his way... bad things seem to happen to people who oppose him.

He's good if you don't step out of line even remotely. Also if you're not gay, trans, or a member of a minority. 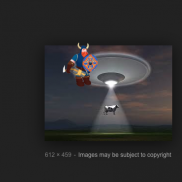 Some of her close friends still around said "she never said those things" about many of the predictions. Those predictions all surfaced years after her death. If you look up some of her quotes, she is very wise, non -arrogant, and cares about the ecology and nature.

Putin - one of the most cruel rulers of this time, put thousands of Russian soldiers in various republics and countries for the sake of control of the former Soviet republics. The clock of communism - its beat. But the concrete construction of it has not yet collapsed.And how could we, instead of being liberated not be squashed under his ruins. Aleksandr Solzhenitsyn . "Rebuilding Russia" Putin is involved in: - the second Chechen war in 1999 (6000 russian soldiers died and 10 thousand chechens killed, 1-2 thousand civilians)  - the war of Georgia and Russia, as a result of which Abkhazia an... [More]

But... even to "rule the world"? I do not deny that he is powerful, and he is intelligent, and he knows too many things. But, wow, in a certain way it would be a great madness

#33 Posted by Not A Rockstar 4 years ago

eh, so she embellished a bit. He rules his world.

Creature washed up on beach compared to ...

The secrets of long life? : Study reveal...
UK and Europe