Have archaeologists jumped the gun ? Image Credit: CC BY-SA 3.0 Jerzy Strzelecki
Zahi Hawass has spoken out about the recent discovery of a large void in the Great Pyramid of Giza.
Hawass, who used to be the Minister of State for Antiquities Affairs and now heads up the ScanPyramids science committee, is somewhat less impressed by the find than most.

While the overall response to the discovery within the archaeological community has been generally favorable, Hawass has indicated that talk of a hidden chamber may be rather premature.

"The pyramid is full of voids and that does not mean there is a secret chamber or a new discovery," he said. "[ScanPyramids] showed us their conclusions, and we informed them this is not a discovery."

Mustafa Waziri, head of the government's antiquities council, also criticized the announcement."The project has to proceed in a scientific way that follows the steps of scientific research and its discussion before publication," he said in a statement on Friday.

While these latest developments do not rule out the possibility of finding a hidden chamber, it seems that someone may have jumped the gun somewhat in revealing the news to the public.

No doubt further information will surface over the coming weeks.

The original story about the discovery can be found - here.

Equinox highlights the wonders of the Sphinx
3-24-2020

Next story >>
Did T. rex use its tiny arms to slash prey ?
Recent comments on this story

#1551 Posted by stereologist 5 years ago

I just bumped into this: https://www.yahoo.com/news/great-pyramid-void-may-contain-112002178.html

You mean this iron throne?  Sorry they already recovered it and put it on display for the Queen to see. 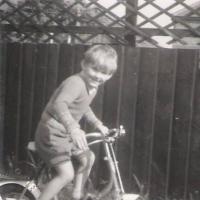 #1556 Posted by BorizBadinov 5 years ago

It's an archaeological lottery ticket. Al Capone's vault before its opened. What's in there? Oh it must be wonderful things! Make random claim and use the attention to boost followers, maybe even get a TV special because people will eat up outlandish claims. You can use this wild speculation probably for years with no real way to disprove it. Once the area is explored (if it ever is) and found empty you can claim well it could have been, which isn't technically false and blow it off. if what you claim is there by some miracle of chance you get to claim you knew all along. Winning!

There are many, many fringies who expect to be able to do just that. Each has his own pet theme. Is there some way we can video all of them so that we can see their faces fall when reality intrudes?

Chuckle! Of course, not likely to be practical. However, documenting the various prognostications (complete with any and all critical "citation" data, dates, etc.) may make for an interesting future read. Between contrasting and comparing the assorted propositions and the respective author's attempts to evade/redact their voiced positions, a notable amount of humor may well be derived. An amusing project to be sure. .

So it's "Heisenberg's vault"... everything is in there, including Jimmy Hoffa's body, the Lost City of Atlantis, and humanity's moral compass.  Once it's opened, everything inside will vanish.

Not quite everything. You have to save a few things for the Hall of Records under the Sphinx. Doh! It is dangerous to feed the fringe.

Click here to view all 1560 comments on this story

Details of Emmett Till killing still a m...

R. Kelly given 30 years in jail