Is spraying salt in to the sky really a good idea ? Image Credit: CC BY-SA 2.0 Francois Roche
Salt particles, he argues, would reflect more of the Sun's rays back in to space and help to reduce global warming.
The brainchild of US Planetary Science Institute senior researcher Robert Nelson, the idea is one of several geo-engineering concepts currently being considered to help tackle climate change.

According to Nelson, table salt is safe, readily available and would not have any adverse effects if it were to be sprayed in to our planet's atmosphere in large quantities.

"We note the serious concerns regarding potential unintended consequences associated with geo-engineering concepts," he said. "While the results of our research are very promising, we are at the beginning of the research and additional work needed to understand the extent to which its hypothesized effect in the atmosphere can actually be realized.""Even if successful, this would be a palliative, not a final solution."

Critics however argue that if such a measure were to be undertaken, an even more rapid global warming phenomenon known as 'termination shock' could occur once the process has stopped.

Exactly what impact the salt would have once it reaches the ground also remains unclear.

<< Previous story
Man is swallowed by an escalator in Turkey

#4 Posted by Almighty Evan 5 years ago

#5 Posted by Skulduggery 5 years ago

#6 Posted by Calibeliever 5 years ago

I had a bit of time and looked it up. Essentially, I guess this refers to what happens after you stop doing whatever it is you're doing to reduce solar radiation. It's a whiplash type of effect that some think could cause more damage than if we left the system alone. Here's a couple of links: Abstract harvard.edu AGU article, wiley.com

#7 Posted by pallidin 5 years ago

Yeah. Seems much more prudent to actually address the problem... instead of putting a "band-aid" on the issue which would only serve to secondarily encourage continuation of pollution. - I was being stupid and fell off a cliff. - Oh, here's a brace. - Great! Now I can be stupid again.

#8 Posted by Conspiracy 5 years ago

Seems like a quick fix to a problem that needs more attention, theres other things we could be doing to reduce our greenhouse imput instead of salting the upper atmosphere.

#9 Posted by ZiionGoldLight 5 years ago 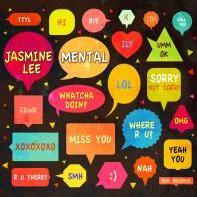 #10 Posted by Ozfactor 5 years ago

The children of the future are going to despise us

#11 Posted by Nnicolette 5 years ago

Maybe if we sprinkle enough salt on the earth some hungry alien will notice us. Worth a shot.

#12 Posted by Almighty Evan 5 years ago

With all the problems that we have because of aquifer turning salty... putting more salt everywhere will help a lot...

Nostradamus book was full of true predic...
United States and the Americas

The UK's first ever UFO sighting