Nobody has been able to explain what happened. Image Credit: CC 2.0 Christopher Woo
Residents were left perplexed last Friday when an area the size of the UK descended in to darkness for 3 hours.
The peculiar incident, which primarily affected Arctic districts in the Yakutia region, was accompanied by a drop in temperature and the appearance of a large dark cloud which covered the sky.

Some have speculated that the phenomenon was the result of a meteorite impact in the region while others have suggested that the Russian government may have been conducting nuclear tests.

"Messages are going around about a light flash registered by the US satellites, followed by an increase of radioactive level and unusual activity of the military," said one resident.

"We are never going to be told is this was true or false."Others described feeling a strange sensation during the incident.

"I couldn't see a thing without switching lights on," another resident stated.

"We took torches to walk outside. But actually no-one wanted to be on the street because the feeling was as if something heavy in the air was pressing on your chest."

So far, no definitive explanation for the phenomenon has been found.

<< Previous story
Man rides around entire world on a unicycle

Pretty sure this event was from forest fire smoke. At least from what little data I gathered about it. I live in the Southwest (US) and have also seen forest fire smoke darken the sky dramatically. It's rare, you have to be in the right area and the conditions have to be right, but it happens. PS: Also, it tints the sky brown/orange. Just like in photos and video I looked at from the area in Russia.

Sure, I also see smoke from the wildfires covering the sky almost every summer but it only reddens the sun, sometimes deeply, but to make it completely disappear and turn day into night, so that cars turn on the headlights, the fire sources should be abundant and very close, which is not the case here. The area which was covered by the phenomenon is too big. Another strange thing is that people said there was no smell of smoke in the air, while I always can tell there are wildfires somewhere once I take a single step outside.

I was wrong: what seems here like the brown plumes of smoke turned out to be the surface features - the vast sand fields on the Linde (?????) river (click here for the hi-res imagery, and here are some pictures). Nope, all the smoke plumes are blue and the wind direction is southwest. Sure, the wind could bring that sand up into the atmosphere but then it should had fallen down onto everything in the area under the cloud, which was not reported by anyone. Also there's not enough sand in these fields to cover the sky over such a vast area. There are other similar sand fields 100 km to the south... [More]

#20 Posted by Grandpa Greenman 4 years ago

Thank you. Chaldon for your input.

#21 Posted by switchopens 4 years ago

So, about 4 days ago, I observed a similar phenomena over my work site. It was a solitary, dense, black cloud that was causing local gusts of wind that created a series of small eddies in its wake. The rest of the weather was partially cloudy at sunrise, and the conditions were not typical of a small storm cloud. I've never seen anything like it before and I really have no explanation for it.

Where was it? And what was the size of the cloud? May be it was like this one, seen six days after the darkening of the sun, on July 26, in the town of Cherkioh (Bing maps) in Yakutiya: http://yakutia24.ru/news/obshchestvo/48542-snachala-ischeznovenie-solntsa-potom-massovaya-gibel-ptits-teper-neobychnye-nebo That's pretty far from the area affected by the brown cloud and closer to the Pacific ocean, so I can't say whether that type of rainclouds is really that strange in that area or not.

#23 Posted by Nnicolette 4 years ago

The smoke has been thick for days here but its just an odd hue of orange light that comes through it would take more than a forest fire to blacken out the light because Redding is burning down next to where I live and the ash is coating everything but even with all the buildings burning there's no way it could block the sun.

#24 Posted by baronesslucy 4 years ago

This is very very creepy. 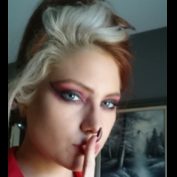 #26 Posted by Grandpa Greenman 4 years ago

It is a scary clue to me. What some people might do for money and power scares me.  It is getting to be a small planet, we common folk don't need these mophia types playing their game of thrones at our expense.

Cryptids of the South: The closest creat...
Unexplained TV, Books, Film and Radio