The expansion rate of the universe does not appear to be consistent. Image Credit: NASA/ESA/ESO
Scientists have discovered discrepancies in our understanding of how fast the universe is expanding.
The mystery concerns the fact that new measurements from the Hubble Space Telescope and the Gaia space telescope indicate that the rate of expansion nearby is 73.5 kilometers per second per megaparsec - a figure that contradicts earlier measurements of the rate of expansion in the distant universe which appears to be only 67 kilometers per second per megaparsec.

Even stranger is the fact that these two figures seem to be getting further apart, rather than closer together, the more scientists refine their calculations.

"At this point, clearly it's not simply some gross error in any one measurement," said study lead author Adam Riess of the Space Telescope Science Institute (STScI) in Baltimore.

"It's as though you predicted how tall a child would become from a growth chart, and then found the adult he or she became greatly exceeded the prediction. We are very perplexed."The mystery adds to the already substantial list of questions scientists have about the expansion of the universe. Why is it expanding ? Why is the expansion accelerating ? What is it expanding in to ?

Some believe that the key lies in dark matter and dark energy - two invisible yet highly influential forms of matter and energy that we cannot directly detect.

Others, meanwhile, suggest that a type of undiscovered subatomic particle may be to blame.

Particle is disobeying the known laws of physics
4-9-2021

#23 Posted by RoofGardener 3 years ago

Could be ! But then.. you'd have to re-write Special Relativity ?

The universe does not expand.

#25 Posted by StarMountainKid 3 years ago

#26 Posted by paperdyer 3 years ago

Maybe the universe has been eating too much dark matter and just needs to go on a diet.

#27 Posted by qxcontinuum 3 years ago

The universe does not expand anywhere. Our spiral galaxy rotates creating the illusion of rotation. Scientific speculations are wrong 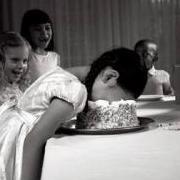 When things continue to expand and expand, what eventually happens? Do they fade away? You tell me. I like the part about "scientists are perplexed". Aren't they always?

#29 Posted by StarMountainKid 3 years ago

I have quite liked the idea of dark gravity, probably not allowed by the laws of physics as its my idea. It came out of a late night conversation which included quite a lot of alcohol. Basically gravity would reflect back into the universe from its edge. So to work the universe needs to have an edge which would reflect gravity back. I should probably have made a few notes at the time.   Believe it or not I sent the idea to Sky at Night mag, they used to publish letters in the back, strangely my letter did not appear. So if Chris Lintott proposes a new idea for dark mater I will be very suspici... [More]

What about a weak temporary form of gravity in moving objects. Particles in an accelerator won't go faster than the speed of light because their mass becomes infinite if I remember right. How about this temporary mass generating its own gravity, or something like it. Its weak but its pull gets added to normal gravity. If so a galaxy could be held together by its own movement.

Was the tiny Looe Island off the English...
Ghosts, Hauntings and The Paranormal

Medium claims old Bible was placed in at...