Woman returns from holiday with snake in shoe

Check your luggage before boarding the plane for home. Image Credit: CC BY-SA 4.0 Oliver Neuman
A woman who had been visiting her daughter in Australia returned to Scotland with an unexpected stowaway.
72-year-old Moira Boxall from Sterling, Scotland had traveled all the way home from Queenland, Australia without realizing that a snake had taken up residence inside her luggage.

She first became aware of the reptile when it woke her up in the early hours of the morning.

"Three weeks ago I was woken up in the middle of the night with a crash in my bedroom," she said. "I saw a snake on the floor slithering along by a skirting board, it had knocked a plant pot over."

After an extensive search of the house however, no sign of the elusive serpent could be found.It wasn't until around two weeks later that she discovered to her horror that the snake had been hiding inside one of the shoes that she had taken home from Australia in her luggage.

"I was in an awful state of shock," she said.

Fortunately the snake, which turned out to be a non-venomous spotted python, was quickly caught by a handler from the Scottish SPCA and taken away to be rehomed.

"I had been travelling for about 48 hours from Mackay to Glasgow, with a few stops in between," said Moira. "It must have lived without food, but I heard sometimes they can go into hibernation."

"It was in my suitcase all that time in the hold, it must have been very cold."

<< Previous story
Humpback whale washes up in the Amazon

#1 Posted by AstralHorus 4 years ago

Lol poor guy just saw her shoe as a nice warm dark hiding spot. Then got whisked away on a cold journey. Reptiles are quite fascinating, they can go months and even years without eating in a state of brumation.

#2 Posted by AllPossible 4 years ago

I would not be able to sleep until I found that damn thing.. How do u go back to sleep knowing you have a snake in the house?

#3 Posted by AstralHorus 4 years ago

#4 Posted by EnderOTD 4 years ago

#5 Posted by paperdyer 4 years ago

The snake may not have been venomous, just a constrictor that can squeeze you to death.  Big upgrade.  BTW - I hate snakes, gators and crocs.  I respect them as well, but woud prefer if there weren't any of them.

#6 Posted by purrrpetrator 4 years ago 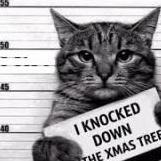 Not the first time that's happened