Goat is elected mayor of town in Vermont

Lincoln will represent his town at a number of local events. Image Credit: USDA
A 3-year-old Nubian goat by the name of Lincoln has been elected by the townspeople of Fair Haven.
With a population of around 2,500, the small town does not actually have a human mayor and instead favors an animal-based representative selected through a ceremonial mayoral election.

This year's ballot, which featured a total of 16 different animals including dogs, cats and a gerbil, was ultimately won by Lincoln the goat who managed to beat a dog named Sammie 13 votes to 10.The position is - as you might expect - an honorary one, with Lincoln being expected to attend various events including the Memorial Day parade for which he will wear a custom-made mayor's sash.

The peculiar choice of representative has helped to raise money for a local elementary school and will, according to Gunter, serve to introduce the town's children to politics.

Whether Lincoln will win the vote again next year however remains to be seen.

#15 Posted by tortugabob 4 years ago

Why am I not surprised?  Didn't Vermont as a state go for that serial criminal Hillary?

#16 Posted by Impedancer 4 years ago

#17 Posted by MasterHex 4 years ago 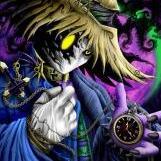 awesome a goat! we have a few Cat Mayors in Canada they are cute and far better then people. I forget which towns not mine sadly but yeah.

#18 Posted by DirtyDocMartens 4 years ago

Meh. Lajitas, Texas had a goat for a mayor twenty years ago. And ours drank beer, and is now stuffed and mounted in a bar in Terlingua.

Vermont already has an old goat for Senator... Sanders.

I was going to say that for Vermont this isn't surprising since they keep electing Sanders. He has the IQ of a low-functioning goat, and probably knows even less about economics.

#22 Posted by Impedancer 3 years ago

that is Bernie sanders state, hm,

#24 Posted by freetoroam 3 years ago

If you do not read on, you could mistake this for parliament.

The mysterious history of druids, ancien...

That one time a ghost doubted my work
UK and Europe

Hunter claims to have had Bigfoot in his...