Project Blue Book studied thousands of UFO cases. Image Credit: PD - Max Pixel
Actual files from the US government's Project Blue Book are set to go on display in Washington DC next month.
The secretive project, which was carried out by the US Air Force between 1952 and 1969, was an in-depth study of unidentified flying objects - the largest of its kind ever undertaken.

It had two main goals - to determine if UFOs were a threat and to scientifically analyze the data.

By the time the project had ended, it had collected an archive of some 12,618 UFO reports. While most of these were deemed to have conventional explanations, a small percentage of the sightings remained 'unexplained' even after being subjected to stringent analysis.Officially, it was concluded that none of the UFO sightings investigated by the Air Force posed a risk to the United States and nor did they represent evidence of alien visitors or advanced technology.

Despite this however, some conspiracy theorists believe that the project did reveal signs that we are not alone and that its real conclusions have been kept hidden as part of a government cover-up.

Whatever the case may be, you will soon have the chance to check out some of Project Blue Book's documents in person when they go on display at The National Archives Museum in Washington.

<< Previous story
Are ghosts a sign that we live in a simulation ?

#1 Posted by Ozfactor 3 years ago

I hope the exhibition travels, I would love to go see it, if it came to Australia.

#2 Posted by GrumpyD 3 years ago 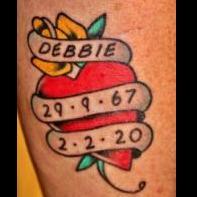 X 2 it would be awesome to see

#3 Posted by Ernest 3 years ago

I want the aliens to kidnap me to their world

#4 Posted by DreadLordAvatar 3 years ago

I?m betting on that the full document won?t be on display. It?s been hidden from public for reason. What we get are just the crumbs if you will.

The philosophy of Eugenics and itÂ’s his...
Extraterrestrial Life and The UFO Phenomenon