Is this one of the castle's former inhabitants ? Image Credit: Facebook / Drew McAdam
Drew McAdam had been visiting Edinburgh's Lauriston Castle when he captured a figure in one of the windows.
A popular tourist destination, the historic 16th-century tower house has long held a reputation for being haunted with visitors to the property reporting sightings of ghostly figures wandering its corridors and the sounds of disembodied footsteps echoing in its stairwells in the small hours of the morning.

Now one man believes that he has captured concrete evidence of the castle's otherworldly inhabitants after snapping a photograph of something unusual during a visit to the grounds on January 4th.

"It was locked and bolted - and the custodian had to switch off the alarm system (motion) when he arrived and unlocked the place," Drew McAdam wrote on Facebook.

"There was NOBODY in the house when I got there. (Several people had rung the bell and knocked the door, wondering if they might see inside.) I took a quick series of photos."

"On bringing them up on my computer, I was going to edit them a bit, but noticed the strangest thing - a figure at one of the windows, who I SWEAR was not there when I arrived.""I have not edited this photo in any way. It is exactly as it came on the camera."

Sure enough, the photograph in question does show a woman standing in the window - clear as day.

"Now, say what you want, but there is a figure at that window, and they are not wearing modern clothing," McAdam wrote.

You can view his full story, as well as other shots taken before and after, in the Facebook post below.

#43 Posted by Skeptical Moose 2 years ago 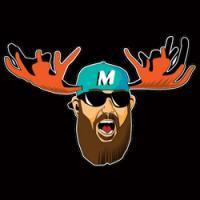 Pretty sure I've seen many of "ghost" photos and vids from this location. They tend to pop up on popular countdown channels as "definitive proof". Always the same backstory..."no one was around at this time", "room was locked", "we assure you the area was clear", "we were the only ones there" are just a few of the phrases i've heard. Sadly, It's easy for people to say whatever they want. While technology has made it easier to research the topic at hand...it also makes it easier for people to fake, also, sadly, many gullible folks are willing to take it at face value.

#44 Posted by papageorge1 2 years ago

Should 'fake' and dishonesty be our first thought? I think most people have self-respect and are honorable actually. Way too many serious ghost stories/pictures/videos for me to believe they are all faked or just mistaken. Actually the most important question is: 'Are some real?'. I'm saying probably the majority.

#45 Posted by Macroramphosis 2 years ago

#46 Posted by stereologist 2 years ago

Funny how some people are so gullible they cannot accept that this is one of the funniest efforts ever to pretend that there was a ghost there. For the sake of the historical site I do hope this advertising stunt drew in customers

#47 Posted by TashaMarie 2 years ago

The "Ghost" was also in another shot facing forward this time.  I personally think the likeness in this shot is very like the lady from the show.  Also if you notice that the photo of the building shows that some of the blinds are closed and some have been opened.  I would imagine he got a photo of the lady as she was going about opening the blinds.

#48 Posted by onlookerofmayhem 2 years ago

Or posing for a publicity "ghost" photo to promote the event.

#49 Posted by TashaMarie 2 years ago

Or that could be the case however she is certainly not a ghost.

Kinda looks like her but a slightly different apron. But not that different, could be the way it’s hanging.

#52 Posted by freetoroam 2 years ago

I can prove they are not real. Here is the best photo I have   I apologise for the blurryness and out of focusness.

Click here to view all 52 comments on this story

I know it is 3 days away but Happy July ...
Earth, Disasters and the Environment