Suffice to say, don't try this at home. Image Credit: CC BY-SA 4.0 Miguel Hermoso Cuesta
A visitor has been banned from the park after being caught attempting to use the hot springs to cook chicken.
The natural beauty and hot springs of Yellowstone National Park attract thousands of tourists from all over the world on an annual basis, but while most people are there for the sights, now and again someone turns up with a somewhat different agenda in mind.

According to reports, on August 7th park rangers were made aware of a group of people, including a child, who had been seen hiking towards Shoshone Geyser Basin carrying a variety of cooking pots.

When one of the rangers investigated the site, they discovered two chickens on one of the hot springs.One of the group, it seemed, had actually attempted to use the heat from the springs to cook them.

The culprit was later ordered to appear in court and has since been fined $1200 and banned from the park for two years. Two others from the group were also cited for walking in the thermal area.

It is not permissible for visitors to stray from the paths or throw things into the hot springs.

The case echoes another similar incident from 2001 in which TV host John Curley and his producer were caught filming an on-air segment which also involved cooking chicken using the hot springs.

The show later apologized, admitting that the stunt had been "plain dumb".

Risk of Yellowstone eruption may be decreasing
6-6-2020

<< Previous story
Fast radio burst is traced back to its source 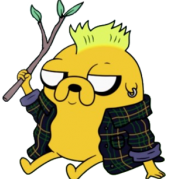 #2 Posted by Manwon Lender 2 years ago

That makes me sick just thinking about it! I have been there a few times and most if not all are sulfur springs, that smell like rotten eggs!! It is hard for me to beleive anything cooked in them would taste good, if fact with all the minerals in those springs it may make the chicken poisonous! JIMO

#3 Posted by Arbenol 2 years ago

In New Zealand Maori have history of cooking in thermal springs - particularly in the central North Island. It doesn't seem to have had too much of a bad effect. Mind you, I'm not sure I'd enjoy my dinner with a hint of bad eggs.

#4 Posted by Manwon Lender 2 years ago

Well it possible the mineral content may be different there, but if not like you that rotten egg taste / smell would make me sick. Now mind you, I have lived all over the world and I have eaten some strange foods, some were even raw and still moving. But, for some reason rotten eggs and farts that smell like them I just can't abide by!!

#5 Posted by pallidin 2 years ago

#6 Posted by AlphaGeek 2 years ago

If they had pots it is a possibility they had their own water and only used the heat from the spring to cook the chicken. A $1200 dollar fine seems a little steep for such a petty thing. I know they broke the parks rules, but would not a ban from the park been good enough. I have no idea if what they was doing would damage the park, but if so, I would want to know how before that size of fine would be justified IMHO. Before someone goes lefty on me, I am not saying it is not justified, just that I question it.

#7 Posted by kobolds 2 years ago

egg is ok , you need something that has protection layers