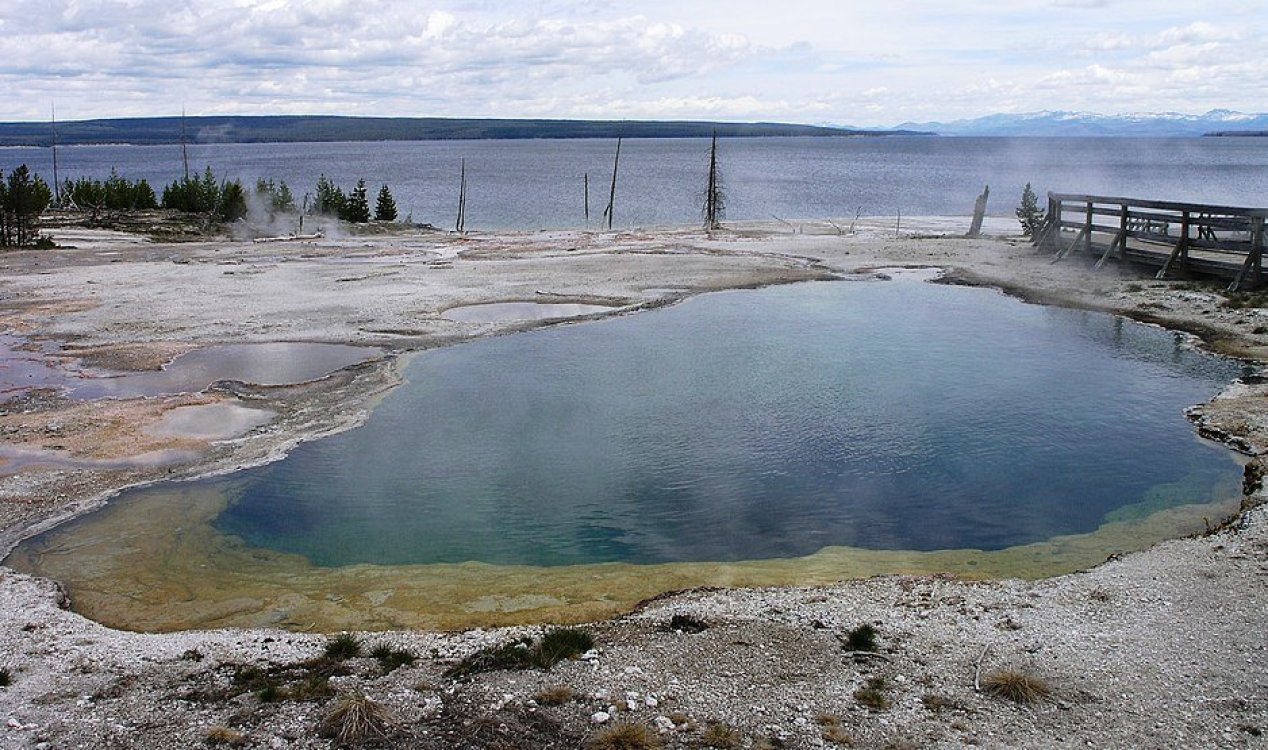 It's unclear how the victim had ended up in the pool. Image Credit: CC BY-SA 3.0 Wikimedia Commons
The unattached appendage had been found floating in the scalding-hot water by park staff earlier this year.
No, this isn't the plot of a new horror-themed Cinderella reboot - even though it might sound like one.

Investigators have spent months on the grim task of trying to track down the individual whose foot was found floating in the Abyss Pool in Yellowstone's West Thumb Geyser Basin back in August.

Now, at last, the mystery has been solved (at least in part) by the revelation that the foot actually belonged to 70-year-old Il Hun Ro from Los Angeles.Exactly how he had managed to end up in the pool - which can reach temperatures of 60 degrees Celsius - remains unclear, but authorities have since tracked down and informed his relatives.

Whatever happened to Ro must have occurred sometime on July 31st but there were no witnesses, meaning that we may never know for sure what type of mishap ultimately lead to his demise.

The incident is similar to what happened to 23-year-old Colin Nathaniel Scott who fell into one of the park's hot springs and was killed almost instantly back in 2016.

Suffice to say, if you are visiting the park, it's best to avoid venturing too close to the edge.

Risk of Yellowstone eruption may be decreasing
6-6-2020

#1 Posted by jethrofloyd 14 days ago

I wonder how this happened? How is it possible?

#2 Posted by stereologist 12 days ago

The article mentions another person that was completely dissolved. Coins and rock do not dissolve, but people, their clothes, and shoes often dissolve completely leaving no trace. Such action prevents trees, leaves, and such from filling and clogging hot springs.