Even a brainless blob can make decisions. Image Credit: Nirosha Murugan / Harvard University
Scientists have observed a type of slime mold that is surprisingly brainy given its total lack of a brain.
Obligatory political jokes aside, the research - which concerns a type of slime mold known as Physarum polycephalum - has forced scientists to reconsider what constitutes 'brainless'.

Intriguingly, despite having no 'brain' to speak of, this blob-like organism was found to be capable of surprisingly complex calculations and decision-making (for a blob anyway).

To find out more, researchers from the Wyss Institute at Harvard University and the Allen Discovery Center at Tufts University conducted an experiment designed to test its environmental awareness.

The findings revealed a "novel preference and sensing capability in the unicellular organism", with the mold using its body as "both a distributed sensor array and computational substrate."The study suggests that further research into 'brainless' organisms is warranted.

"Because we don't have any chemical sources, we can truly see how this thing is thinking, or what it is using to think," said study first author Nirosha Murugan.

"What we see is that in its initial thinking or 'buffering' stage, as I think about it, it's using information from its environment from a biophysical point of view, by tugging or sensing the actual substrate, and then processing that information and growing towards the higher mass strain, or strain angle."

Your brainwaves could be used in criminal trials
7-16-2022

#1 Posted by jethrofloyd 1 year ago

There has already been talk of this brainless blob before, here at the UM: https://www.unexplained-mysteries.com/news/331321/real-life-blob-has-720-sexes-but-no-brain

#2 Posted by eight bits 1 year ago

The thread title reminds me of a former boss.

#4 Posted by OverSword 1 year ago

I haven't noticed any scientists keeping an eye on me.

#5 Posted by Raptor Witness 1 year ago

Post  #30     Posted March 12 (edited) It’s amazing, how suggesting that the historically slimy, FBI should be replaced as an institution, draws such sideways ire. I think we need a more scientific approach to government, not religion. After all, it took just one pandemic to destroy the Republican Party, as an institution. I don’t want to see my country fail, also. The human brain is capable of more foresight than is currently imagined by science. The reason is simple, the entire planet is thinking, also. This garden has a brain. If you’re interested in the subject, you might consider the co... [More]

#7 Posted by HandsomeGorilla 1 year ago

I can make decisions. They're not good ones, usually, but they're decisions  ...try to think, but nothin happens?

#8 Posted by mesuma 1 year ago

Are jellyfish not light in the cabaza?

The more you learn about plants, mushrooms and other non-animal. The definition of the terms ''intelligence'', ''thinking'', ''behaviour'' are more difficults to decipher.

#10 Posted by gidgetaldotmatrix 1 year ago 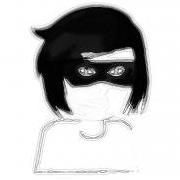 still can’t believe no one has quoted Bob from Monsters vs Aliens. Turns out you don’t need a brain, it’s all about the head jelly. what is it they say about structure equals function. in a weird way it makes sense that a knot of misfiring neurons isn’t necessary for cognitive process.