Many believe that remote viewing can and does work. Image Credit: sxc.hu
A former government psychic spy is now heading up remote viewing classes at a school in Cedar City, Utah.
Paul Smith grew up in a small town in Nevada and joined the army as an Arabic linguist before being recruited into a top secret CIA remote viewing program known as Project Stargate.

Established in 1978 at Fort Meade, Maryland, the program's aim was to investigate the potential use of psychic phenomena (such as remote viewing) to aid the country's intelligence operations.

Although some of those who were involved in the program have since maintained that remote viewing was successfully used to spy on the Soviet Union, the project was ultimately canceled in 1995 with declassified documents indicating that it had not proven useful for gathering intelligence.

Now Smith runs and operates his own 'psychic school' in Utah - Remote Viewing Instructional Services - which teaches students how to reach out with their mind.Lessons can involve one person coming up with a number that the students then have to 'see' without using any of their conventional senses.

"I teach them how to get that number and then their subconscious goes out and finds out what the target is from that," said Smith. "There's a little hand waving going on here because we don't know exactly how it works. But it does work if you set people up in the right circumstances."

"While I was in what has become known as the Stargate program I was an operational remote viewer, which meant that I actually did applied remote viewing projects to try and gain intelligence information from potential foreign threats."

"My own particular approach is the closest to the original that is actually available out there."

Those looking to enroll will need deep pockets, however, as a week-long course at his school reportedly costs an eye-watering $3,000.

<< Previous story
Creepy figure appears behind girl on a slide

Next story >>
Berezow: 'we will never meet intelligent aliens'
Recent comments on this story

I didnt ask you either so yeah, The "burden of proof" is a game believers with zero to show play. Remember they dont care if i believe their story and i dont care all they offered was a story. You are correct no story teller owes anyone who doubts them any evidence or proof and im not making a claim its just a story im stating that to me without any supporting evidence that all it is ( to me ) a story thats no claim thats a fact jack. And its only a story to me not out of bias or belief or lol faith but common sense because the teller has only presented me with a story nothing more. Would "ane... [More]

#48 Posted by quiXilver 8 months ago

There is no game bat.  It must be challenging to realize you are fomenting a faith with your claims. It does not hurt me to remind you of your bias and projections of faith, it's just a step on the path.  Mostly you're ignored. We can't help you and we aren't bothered by your demands, and claims.  We're having conversations about personal experiences while you seem desperate for someone to care about your plight and to take time to prove something to you.  But, no one's interested that you want proof.  No one is bothered that you don't have any experiences. You travel from conversation to conv... [More]

#49 Posted by Davros of Skaro 8 months ago

Can't wait till these graduates start busting human rights violators left, and right with their skills. 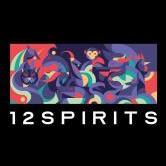 I bet he is going to bank hard on his "ex-government (psychic)spy" status as if that was some sort of badge of honor or of "validity".   And the casual conspirationist will buy this hook, line and sinker.

#52 Posted by Herr Falukorv 6 months ago

I have no clue.   I have always thought of Ed Dames as a shill, a disinformation specialist.   I just found it interesting.

#54 Posted by Herr Falukorv 6 months ago

Ed Dames is not selling a training program.  He is selling services of remote viewers (not himself) to get information to help businesses.    Remote Viewing is not a scam.  The information out there that Ed Dames spread is a scam because he was hired to create disinformation about that CIA remote viewing program.   There are classes taught by David Moorehouse, for Monroe institute, who was an Army remote viewer.  I spent over a year in an army remote viewing unit (not a viewer but part of the staff to pretend like the unit was legitimate).   The Army has used remote viewers far longer than any... [More]

The Monroe Institute is a paranormal outfit  That's like saying Uri Geller is on the level because Sylvia Browne says so.  If the army is still wasting money on superstition it needs a complete overhaul.

Click here to view all 56 comments on this story