Psycho squirrel is put down after attacking 18 people

He might look cute, but looks can be deceiving... Image Credit: CC BY-SA 3.0 Rapaceone
A violent squirrel has had to be euthanized after it went on a rampage in a small Welsh town over Christmas.
The bizarre series of events started last week when a grey squirrel named Little Buddy, which was often seen in and around the small town of Buckley in Wales, went on a violent spree during which it attacked 18 people within the space of just two days.

According to local resident Corrine Reynolds, the squirrel had been quite friendly earlier in the year and she had even started giving it food until it inexplicably bit her just before Christmas.

"He started attacking people who are just taking their recycling bags to the bin, and they are quite gruesome injuries."She chose to rename the squirrel 'Stripe' after one of the titular creatures in the movie Gremlins.

The rampant squirrel was eventually captured by the Royal Society for the Prevention of Cruelty to Animals (RSPCA), however it was sadly forced to euthenize him due to legislation concerning the release of grey squirrels (which are considered an invasive species in the UK) into the wild.

"We were incredibly sad to have to put this squirrel to sleep but were left with no choice due to changes in legislation," said a spokesperson.

"We do not agree with this law and opposed it, but legally we have to comply."

The precise reason behind Stripe's violent rampage continues to remain a mystery.

Next story >>
Will 'lick-o-vision' be 2022's first new TV trend ?
Recent comments on this story

#8 Posted by Shooter McGavin 11 months ago 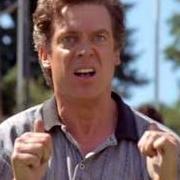 It must've been 10 years ago when there were only a few squirrels in my neighborhood. Now they are all over the place. Haven't heard of any attacks, but they sure are comfortable near humans.

"We do not agree with this law and opposed it, but legally we have to comply." Comply, comply, comply. Sad world we live in now. Also. Humans interfered by feeding the Squirrel. This is the actions we see in the deaths of any animal in these stories. Human interference every time. Humans suck.

#10 Posted by smokeycat 11 months ago

Would go for a rabies shot after that kind of attack... it's not common but it's not common that a squirrel turn psycho like that ! https://animals.mom.com/how-to-tell-if-a-squirrel-has-rabies-6617627.html

#12 Posted by jethrofloyd 11 months ago

#13 Posted by Abramelin 11 months ago

I agree. The sad thing is: we all here are humans. We are supposed to be 'superior' to these tiny critters. But the politically correct evolution of the human mind turned many of us into sissies. And yes, I've read your post about your fight against your disease. You are one of a rare kind.

Huh. Well, I'm 100% certain that wildlife... injured/diseased and rescued, in need of serious rehabilitation would disagree with you.

Wild animals are wild animals...we took large chunks of their territories, changed the rules and completely destroyed the natural order...sometimes nature ironically bites back... The same behavior has already been observed with different species such as white bears, brown bears, wolves, foxes, muskrats, and so on. Sadly the most frequently response of the humans will be to put down these individuals and will also be an acknwoledgment of a drastic proliferation of rodent species who were before controlled such as rats, mouses, squirrels, etc... Makes me think of the TV show Zoo, or the bad mov... [More]

#17 Posted by Frank_Hoenedge 11 months ago

Real close to me, I live in Ellesmere Port, only a few miles from Buckley.    Can only imagine a humourous skit whereby the squirrel was disgruntled after being solicited to hold envelopes on the side of Amazon vans during their busiest season.